After Apple announced their sixth-generation iPad today–which brings the A10 Fusion processor and support for Apple Pencil–the company has dropped the price of its refurbished 2017 iPad. 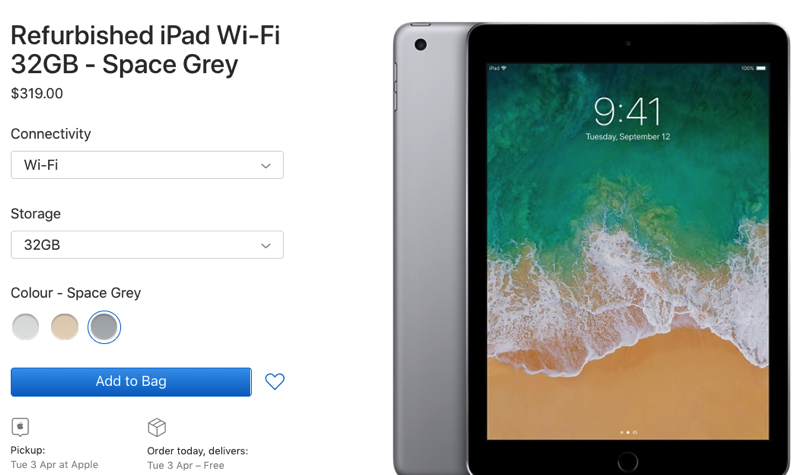 Right now, last year’s iPad which has the A9 chip, is available on Apple.ca for $319 for the entry 32GB Wi-Fi model, a price reduction of $60 compared to last November, when these models first hit the refurb store at $379.

Other 2017 models available in the refurbished store:

Refurbished iPads come with a new exterior shell and battery, one-year warranty, and are good as new, minus original retail packaging.

If you can live without A10 Fusion and Apple Pencil support, you can get some decent deals on last year’s iPad, which is still more than capable (for now). Let us know what you’re going to pick up!

Click here to read all the articles from Apple’s special event in Chicago today.