Apple is rumoured to release a spec-updated iPad mini in the second half of 2013, but don’t expect a Retina Display upgrade, according to the hit-or-miss Digitimes‘ sources. 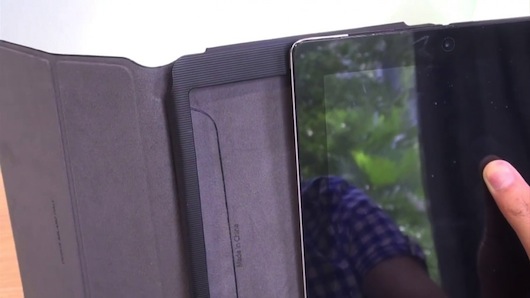 Citing unnamed Apple supply chain sources, the Taiwanese tech industry publication says the next generation iPad mini will be much thinner and lighter than the currently available model. The major refresh was pushed back to 2014, in line with an earlier report coming from DisplaySearch.

Apple is reportedly aiming to use Retina panel technology equipped with 2,048 by 1,536 resolution in the next generation 7.9-inch iPad mini. Apple is also said to be revising the design of the chassis to give the next-generation iPad mini an almost bezel-free look.

What is noteworthy, though, is that the iPad mini we will likely see this year has undergone a through redesign process and this time, Digitimes‘ sources say, it will feature an almost “bezel-free look.”

Additionally, the sources said that Apple’s upcoming fifth-generation iPad is expected to use thin-film touch screen technology, which will be able to reduce the weight of the device by 20-30%. The device will also feature a slimmer bezel design to allow a bigger viewing area.

The publication also has information about the anticipated iPad 5 as well: the next generation full sized tablet is now in production, followed by volume shipments of 2-3 million units next month and September, with shipments rising to 30% in October.