Late last month Apple reduced its iPad mini shipping times to 3-5 business days and in the beginning of February it was reduced further to 1-3 business days. Now, it appears supply constraints have temporarily ceased as online stores for Canada and the US show the iPad mini as “in stock” (via MacRumors). 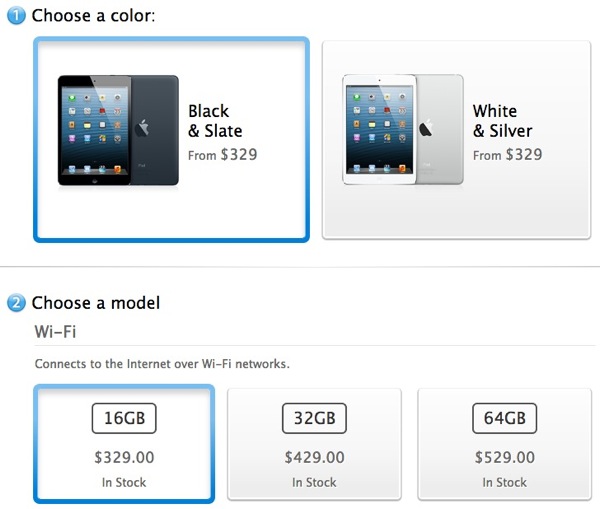 Apple sold almost 23 million iPads during its monster Q1 2013 holiday quarter. The iPad mini has been widely rumoured to launch with a Retina display for its next iteration, although it remains to be seen how Apple will accommodate size and power demands of a higher resolution display.