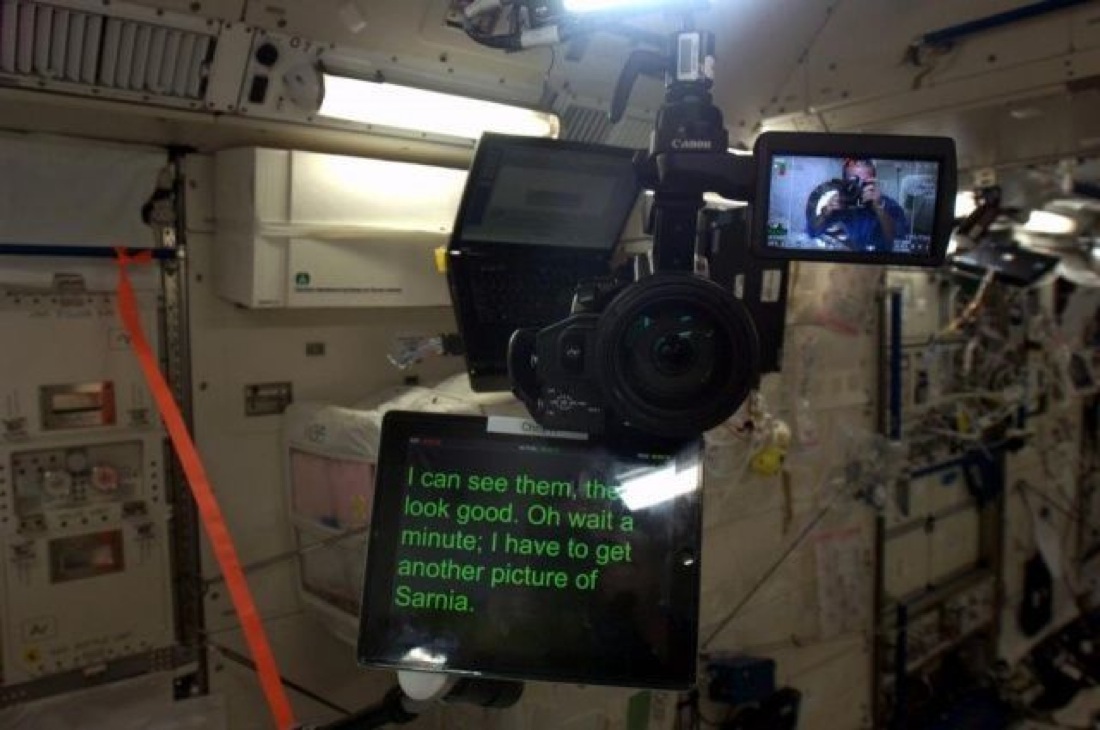 Chris Hadfield, a Canadian space commander of the International Space Station, who became an internet sensation after his rendition of David Bowie’s classic song Space Oddity, filmed and edited his version of Space Oddity using his iPad and Apple’s GarageBand app, CultOfMac is reporting.

In his many video transmissions from Space, Hadfield has been seen using an iPad as a teleprompter, in combination with an app.

In case you haven’t seen it yet, check out the ‘Space Oddity’ video below and feel proud while you do: