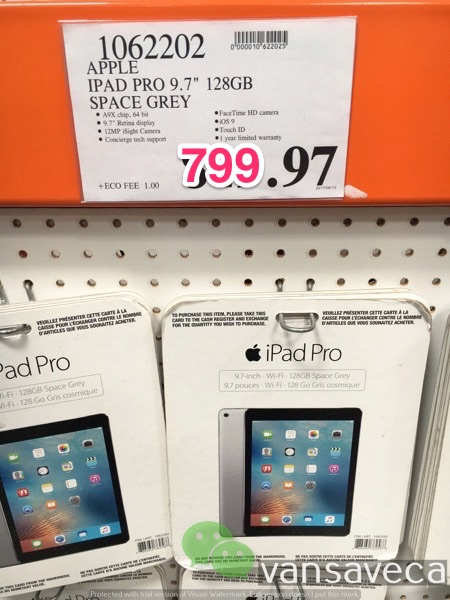 Before you head out to your local Costco, call them and ask if these item numbers are in stock to save time:

For those unaware, any item at Costco with pricing ending in “.97” is clearance, meaning once stock is gone, they won’t be restocked.
The price difference between this clearance 9.7-inch iPad Pro versus Apple’s latest 10.5-inch is $70 (64GB though), but the latter includes some pretty powerful upgrades (such as a 120Hz refresh rate, larger display, A10X, better cameras), so unless you’re all about saving money, you may be better off buying the latest model.