Our friends at iFixit have started to teardown the new iPad Pro and are updating their findings in real-time. So far, the team has compared the 12.9-inch iPad Pro to the Surface Pro 4, and notes the despite the Apple tablet’s larger display, it is lighter (1.57 vs 1.73 pounds) and thinner (6.9 mm vs 8.45 mm). 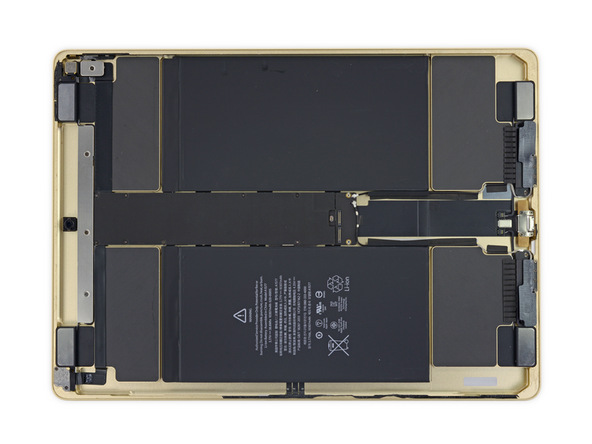 This time around, the logic board is found within the centre of the iPad Pro, while one of the chips uncovered is a Parade Technologies DP695 Timing Controller, which iFixit alludes is possibly “an iteration of the DP665 LCD timing controller found in the iMac Retina 5K, modified to support the display’s variable refresh rate.” When graphics are static, iPad Pro automatically lowers refresh rates in half to preserve battery life. 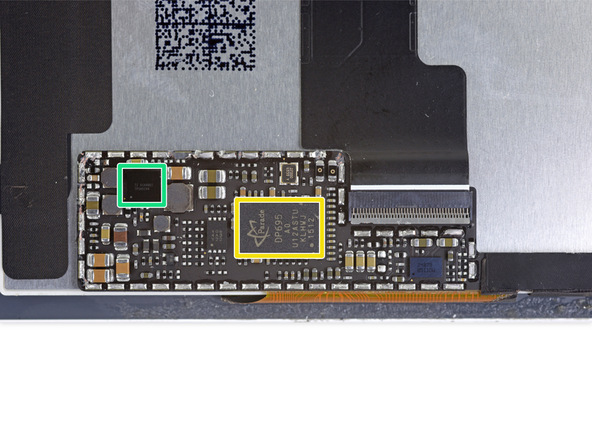 iFixit explains the new addition of four total speakers has taken up a lot of real estate under the hood, “at the cost of a potential 50 percent increase to battery capacity.” The speakers are assisted by back volume chambers “machined directly into the unibody enclosure.” 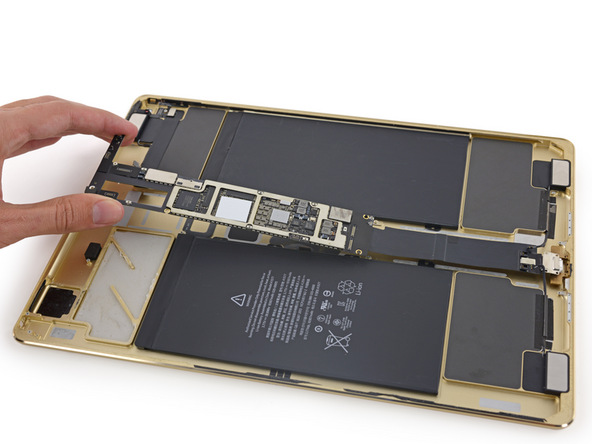 For the first time in an iPad teardown, the team says they had to remove EMI shielding to access the logic board. The iPad Pro teardown is ongoing still at this point—you can check out updates over at iFixit’s post here.