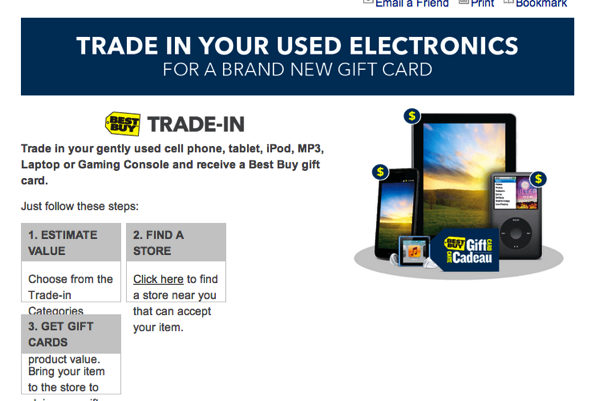 Best Buy Canada and Future Shop are set to launch an iPad trade-in offer tomorrow on November 1, the day of the iPad Air launch.

Sources familiar with the program tell us customers will be offered a minimum $200 gift card value for people trading in an iPad mini, iPad 2, iPad 3 and iPad 4. The gift card can be used towards anything in-store or online (like towards an iPad Air). iPads that are traded-in must be in good condition and include their original accessories.

The program will require customers to be 19 years old to participate in the program due to legalities. Essentially, the iPad is now being added to the existing trade-in programs at Best Buy and Future Shop. 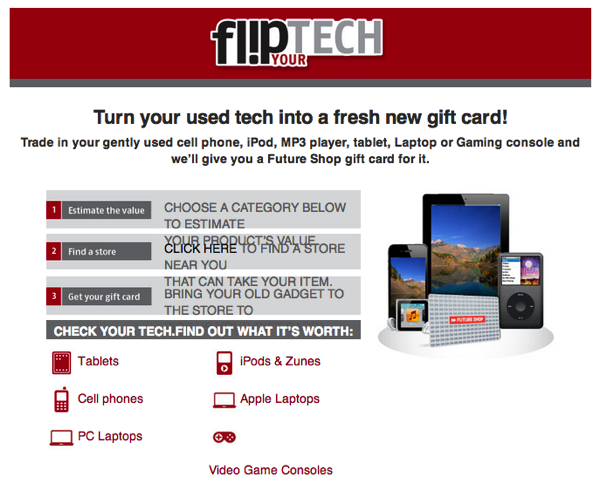 Tomorrow, both the Future Shop and Best Buy website will be updated to reflect this iPad offer, where customers will be able to use an online calculator to estimate the value of their iPad.

As with most of these trade-in programs, the values given will not be higher than selling locally on Craigslist or even eBay, but the values reflect the convenience factor of not having to list and sell/ship your electronics.