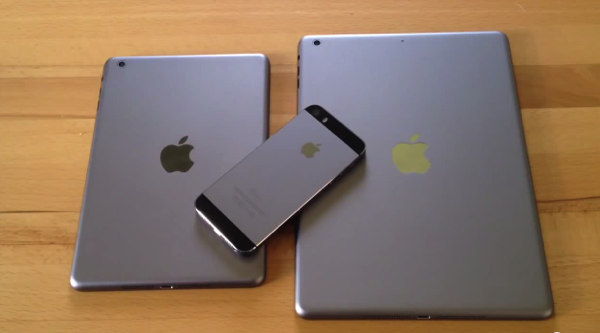 Apple parts leaker Sonny Dickson has uploaded what appears to be an alleged hands-on video of the iPad mini 2 and iPad 5 in space gray.

Last week Dickson posted purported images of the 9.7-inch iPad in space gray and silver, but now the following video also includes a closer look at the iPad mini form factor in the gray shade (which seemingly looks familiar to earlier leaked images of the shell). The video below isn’t in English but that doesn’t really matter:

Yesterday Dickson posted an extensive gallery of this iPad mini ‘2’ shell in space gray as well. The space gray colour option debuted with the iPhone 5s–could we see it move to the iPad family as well? Apple is rumoured to hold a special event in October to debut new iPads, like last year. Stay tuned!