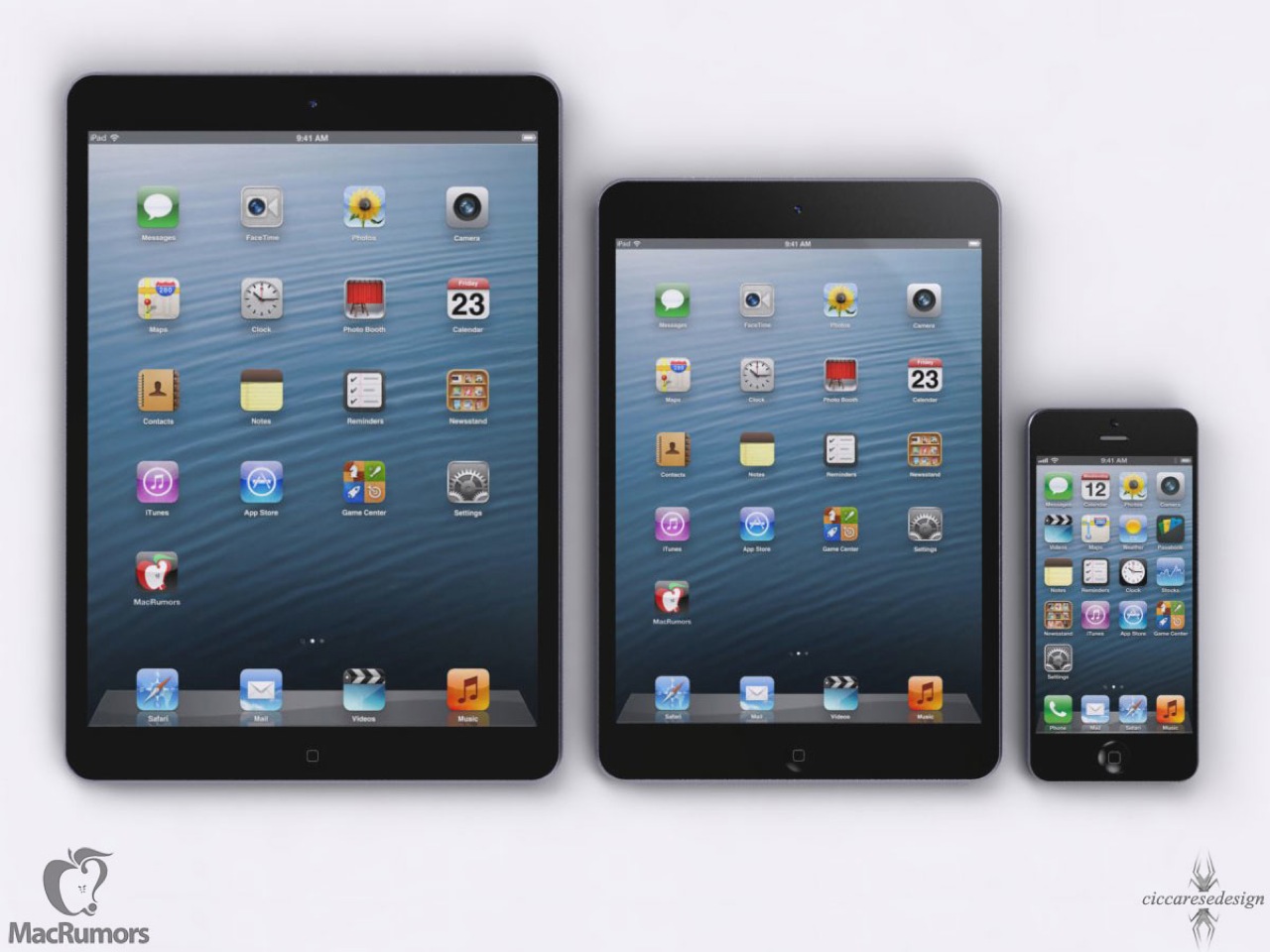 In the light of recent rumours suggesting that the next generation full-sized iPad a.k.a the iPad 5 will feature slimmer GF2 DITO display technology and also take on a design similar to that of the iPad mini, CiccareseDesign has created some new renderings of the next generation iPad, comparing its size with the New iPad, iPad mini and iPhone 5 (via MacRumors). 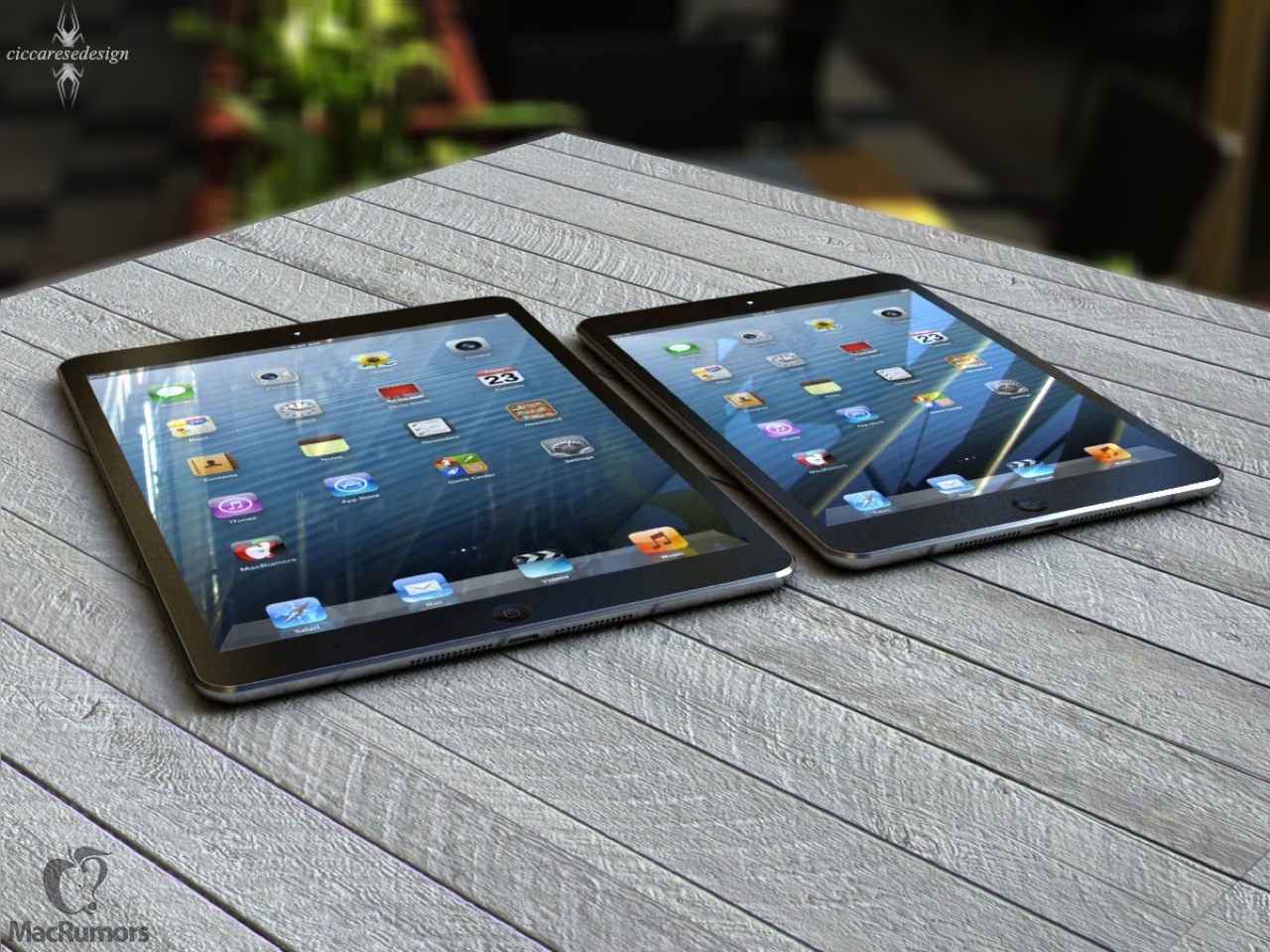 Based on recently leaked imaged of a purported iPad 5 rear shell, the renderings show quite an accurate view of how the upcoming iPad 5 will compare in size with the iPad mini.

As has been described in rumors and calculated from the rear shell photos, the fifth-generation iPad appears to be notably smaller than the current model, adopting significantly thinner side bezels in portrait orientation and slightly smaller top and bottom bezels.

The fifth-generation iPad is said to adopt nearly identical styling to the iPad mini, with photos showing a similarly anodized rear shell and reports claiming that it will include the same chamfered edges as on its smaller sibling. The comparison photo above shows the smaller size of the iPad 5 and how it has taken on the design cues of the iPad mini.

Below are some more photos comparing the next iPad with the current generation Retina iPad. 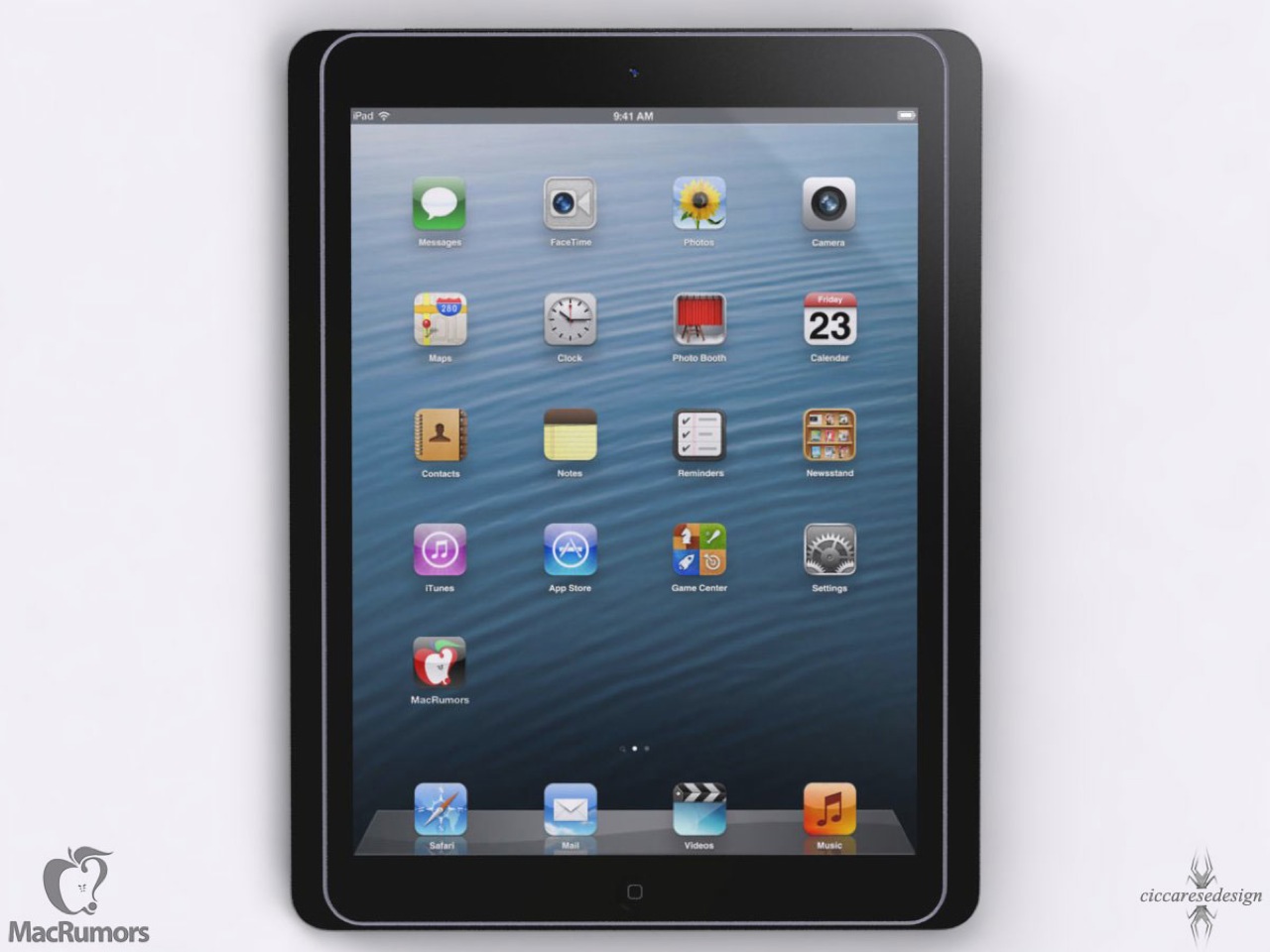 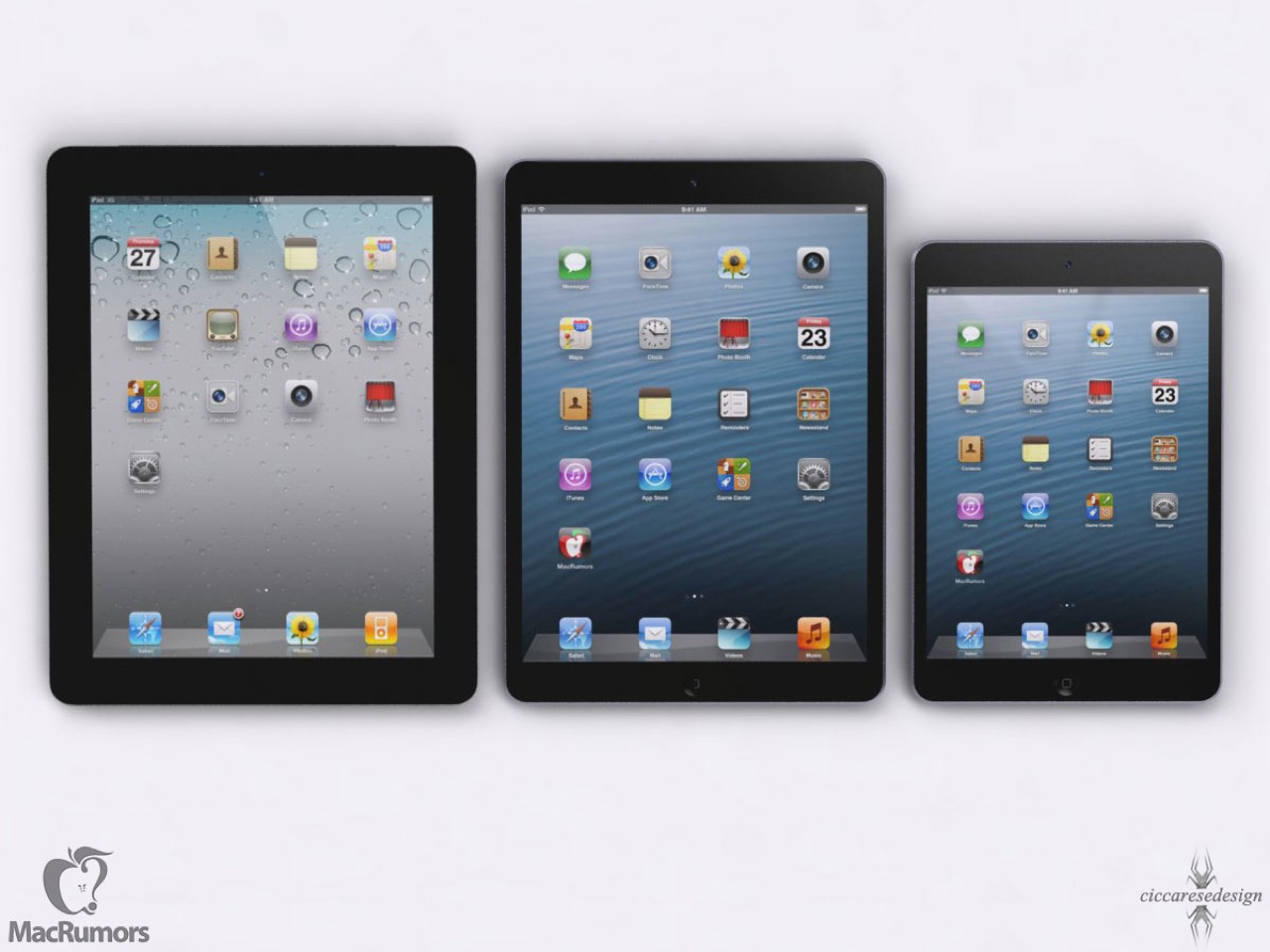