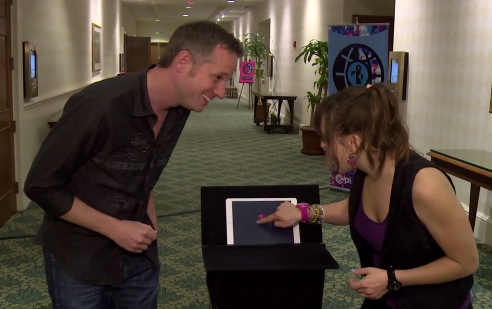 iOS magician Simon Pierro is back with another weekly episode of his iOS magic tricks. This time, Pierro shows off the classic trick he performed when he was invited to a German Apple Store in 2011. Check it out below:

If you missed his other tricks, check out his ‘smoking iPhone’ here and this hilarious spider prank he pulled off last week.