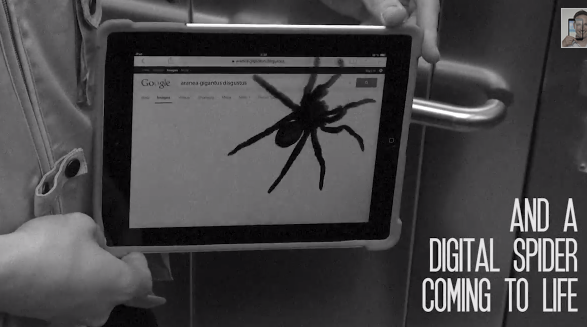 Last week the ‘iPad Magician’ debuted the first of his new series of iOS magic tricks with his ‘smoking’ iPhone. Today marks his second episode which features some hilarious spider pranks with an iPad inside a rigged elevator. Watch as these unsuspecting victims literally freak out:

The illusions look pretty real and for someone who has arachnophobia and is claustrophobic, seeing a giant spider inside a tiny elevator would probably not be very fun.