Apple today announced the 9.7-inch iPad Pro and right now many are comparing the new tablet to its older (and more expensive) sibling, the 12.9-inch iPad Pro. Aside from the price, there are some features that differentiate both models from each other.

If you don’t have time, Apple’s website does a great job of comparing the differences. We’ve highlighted the changes to make it even easier to scan what the 9.7-inch iPad Pro has that the 12.9-inch model—launched just six months ago—does not. 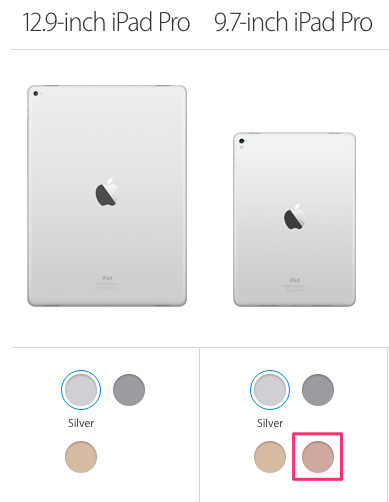 Price: As you can see below, the Canadian pricing has a $200 difference for the entry Wi-Fi models. For the 9.7-inch iPad Pro, it gains a 32GB Cellular option the 12.9-inch iPad Pro does not (but both still get new 256GB options): 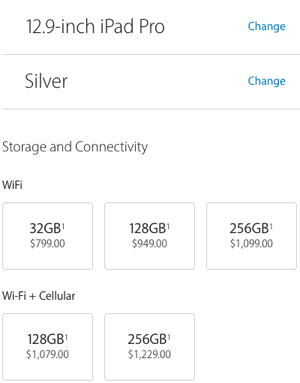 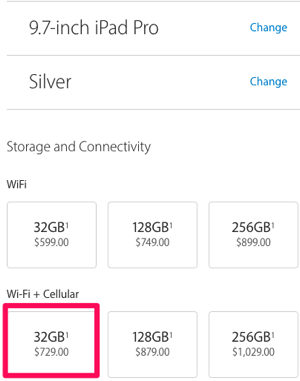 Size and weight: the 9.7-inch iPad Pro Wi-Fi model is 275 grams lighter, while the cellular model is 279 grams lighter. This is important if you’re going to be holding your iPad for long periods, as the extra weight of the 12.9-inch model will most likely get ‘heavy’ over time (or just lift some more, you sloth; JK): 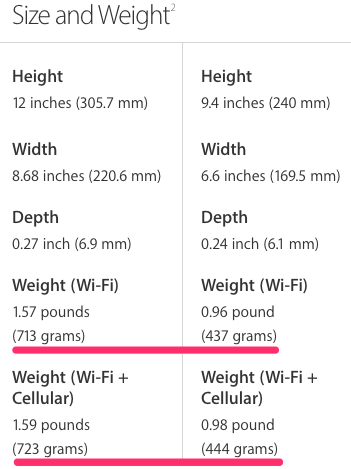 Display: the 9.7-inch iPad Pro has a lower resolution display at 2048 x 1536 versus the 2732 x 2048 of the 12.9-inch model. The 9.7-inch iPad Pro also gets a new Wider Color display and True Tone display. Wider Color display, according to Apple means it’s “the same colour space as the digital cinema industry,” leading to “up to 25 percent greater colour saturation than previous iPad models.”

Meanwhile, the new True Tone display of the 9.7-inch iPad Pro uses “advanced four-channel ambient light sensors to automatically adapt the colour and intensity of the display to match the light in your environment,” making for more natural reading.

Chip: Apple says the 9.7-inch iPad Pro has its CPU and graphics slightly slower than the same A9X in the 12.9-inch iPad Pro, when compared to the A7 CPU: 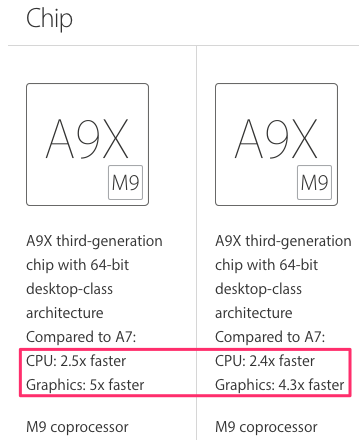 iSight camera: this is where the 9.7-inch iPad Pro also gains advantages with: Live Photos, True Tone flash, Autofocus/tap to focus with Focus Pixels and panoramas up to 63MP, thanks to its 12MP shooter from the iPhone 6s: 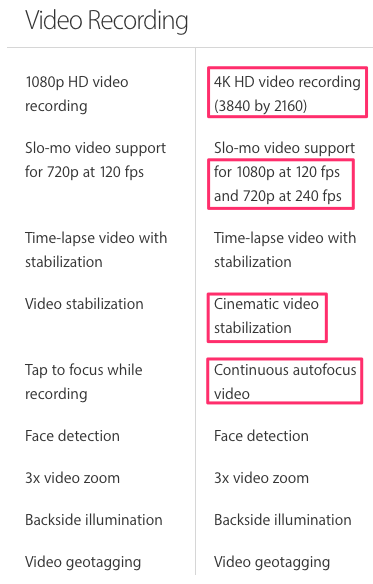 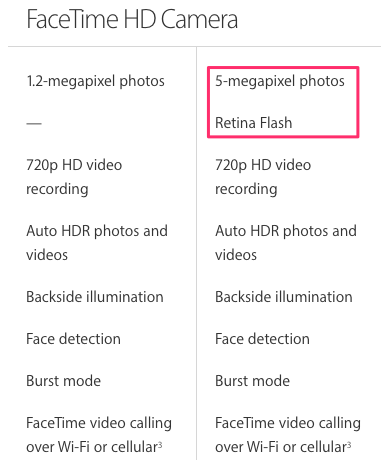 Cellular and Wireless: the 9.7-inch iPad Pro gets LTE Advanced and supports 23 bands, while it also has an embedded Apple SIM, both which the 12.9-inch model does not have. 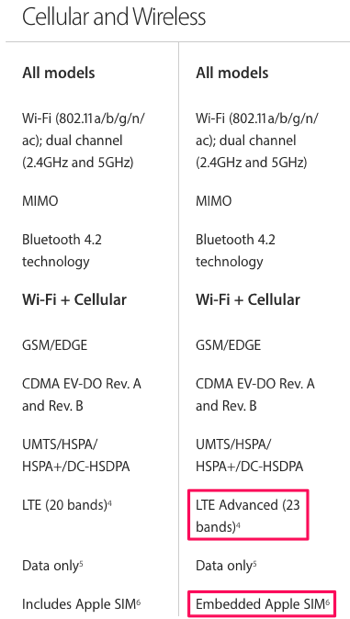 SIM Card: both take Nano-SIM, but 9.7-inch iPad Pro has the embedded Apple SIM as stated above.

Connector: both have a Lightning and Smart Connector.

Sensors: both have the same with Touch ID, three-axis giro, accelerometer, ambient light sensor and barometer.

From this comparison of the differences between the 12.9-inch iPad Pro and 9.7-inch iPad Pro…it makes me want to buy the smaller model. Get ready to see your Aunt Jane or Uncle John at the next wedding in the front row, using their Rose Gold 9.7-inch iPad Pro to snap photos and videos in 4K—it’s inevitable.