As noticed by the French blog iGeneration, Apple has introduced discounts in its education store for the iPad Air and the iPad mini. 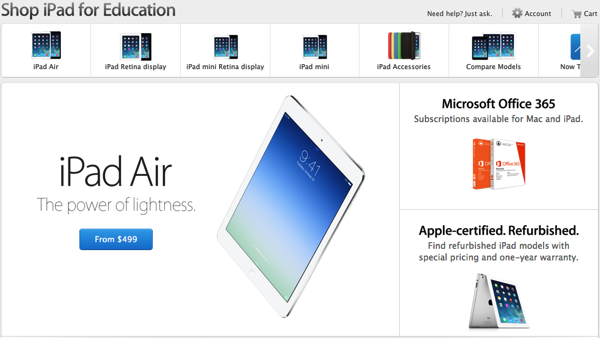 As part of the education promo, Apple previously dropped the price of the non-Retina MacBook Pro by $200 since last year, alongside other discounts in the education store. To take advantage of the aforementioned pricing, Apple customers need to be employees of K-12 schools (homeschool teachers included), students, or parent of students in postsecondary education.