iPhone in Canada reader Blair shared with us a quick spreadsheet of prices compared between the USA and Canada, with a column showing the exchange rates used by Apple. While not all models and configurations are listed, it does give you an idea of how much more we’re paying.

As you can see below, users looking to jump on the iPad Air 2 64GB model are actually getting a better rate, while the 64GB iPhone SE has a rate of 1.42, higher than current exchange rates, which means Apple has implemented a cushion in case our Loonie falls further south: 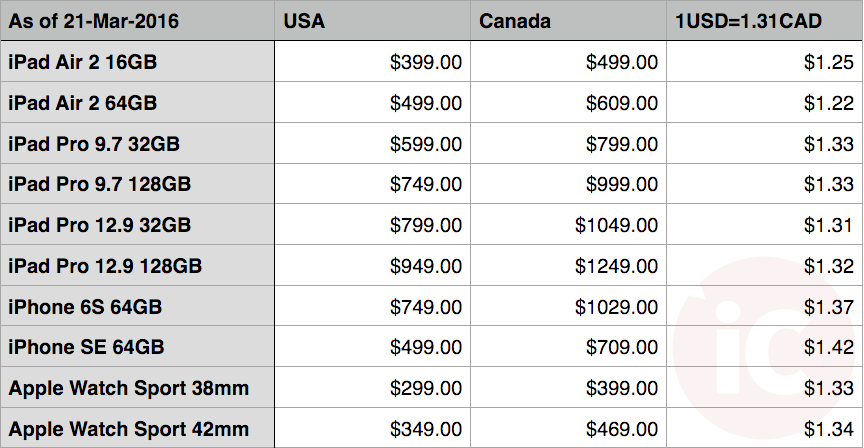 If you have US currency available and you’re going to be in the U.S. on a trip or vacation, it’s going to be in your favour to buy your Apple goodies there (well, minus taxes and any duty when you declare it on the way back, right?). Regardless of rates though, #justtakemymoney, Apple.