The launch of the iPad Pro also means teardowns, drop tests and performance tests. By the time you read this text, iFixit will have finished its usual teardown process and TechRax commenced the first drop test. How about performance? As the tests performed by Ars Technica show, the iPad Pro delivers notebook-level performance.

First, the Geekbench results reveal that the iPad Pro’s A9X processor is dual-core and clocked at about 2.25 GHz. This compares to the processor used with the iPad Air, the A8X, which used three CPU cores to increase performance.

In GPU tests, the gigantic iPad outperformed not just every iOS device, but every Intel GPU up to and including the Intel Iris Pro 5200 in the 15-inch MacBook Pro and Intel HD 520 in the Surface Pro 4.

When it comes to battery life, the iPad Pro delivers no surprises: It’s in line with other iPads, which is good, since it has a much bigger screen and a more powerful processor. 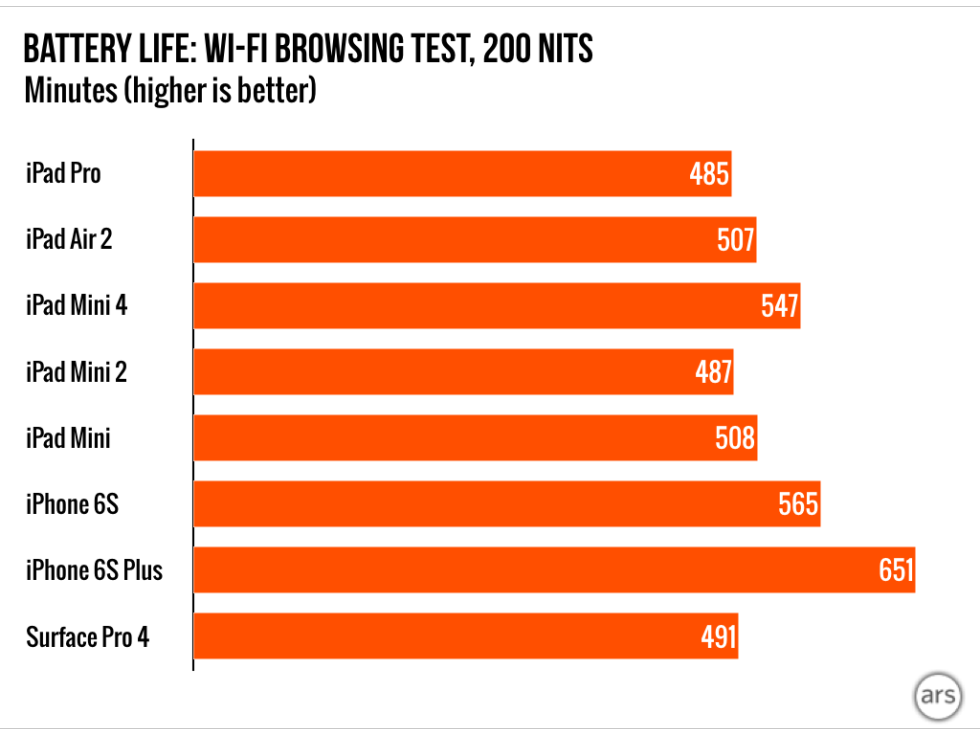 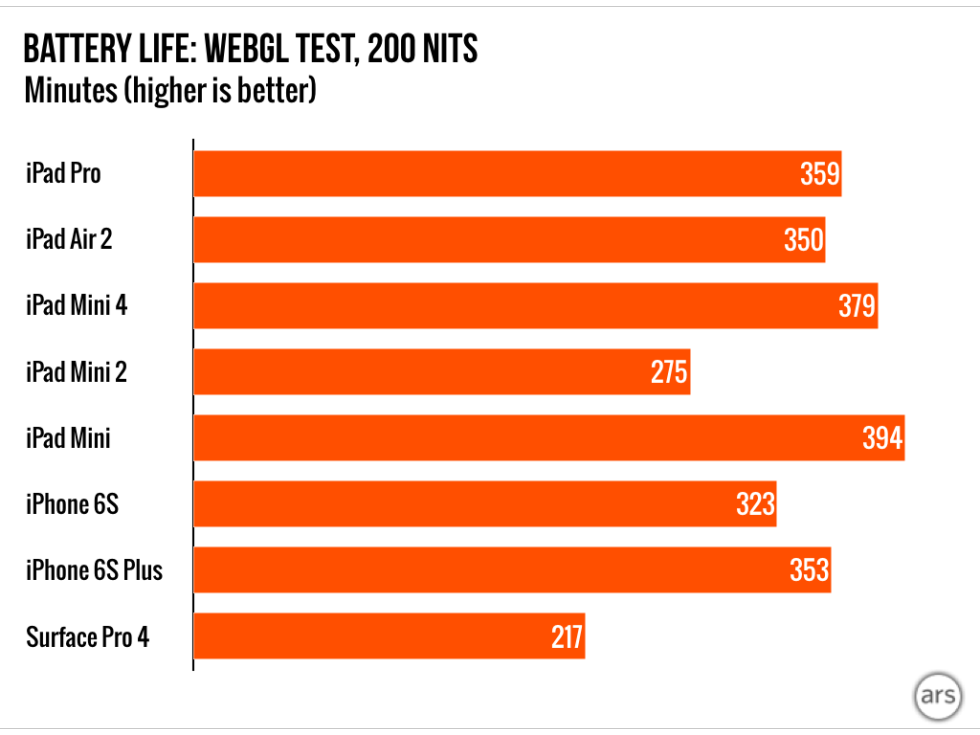 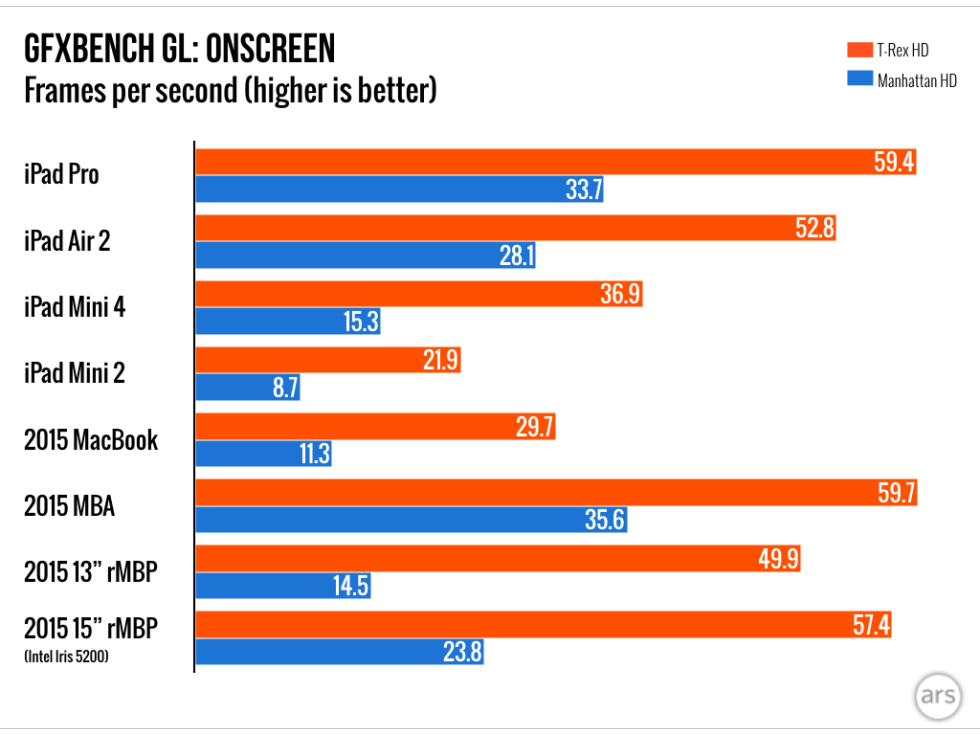 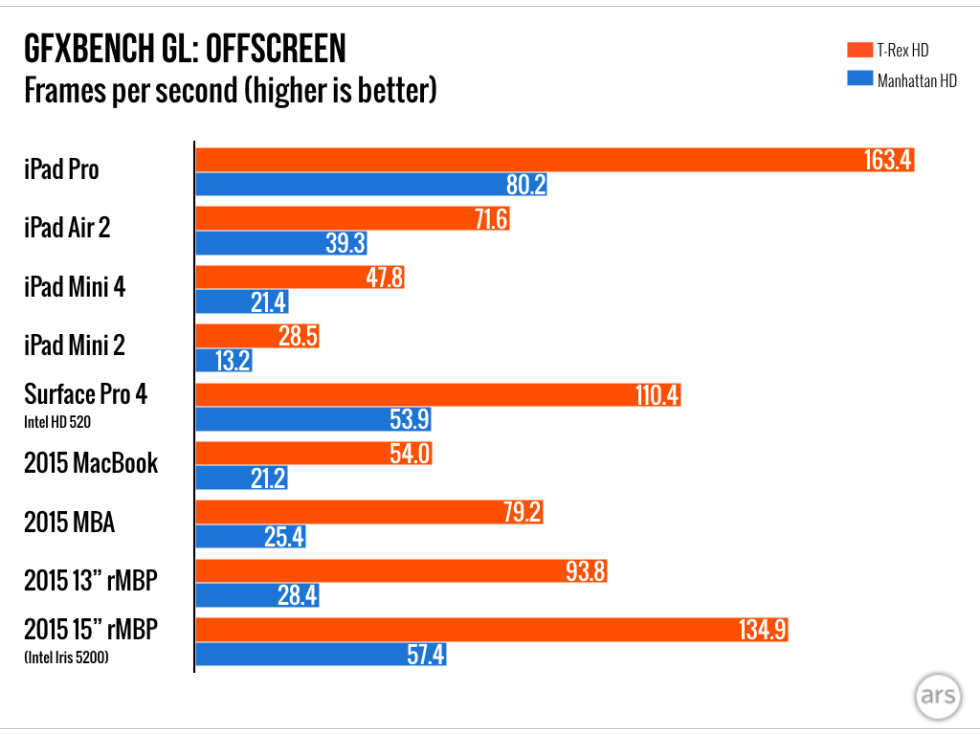 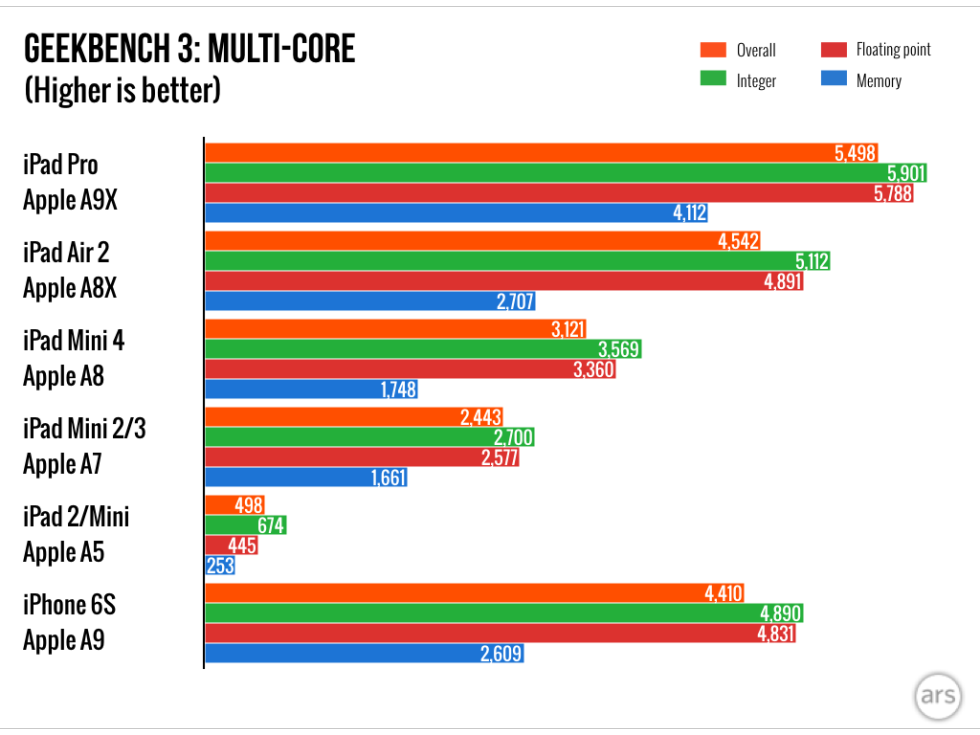 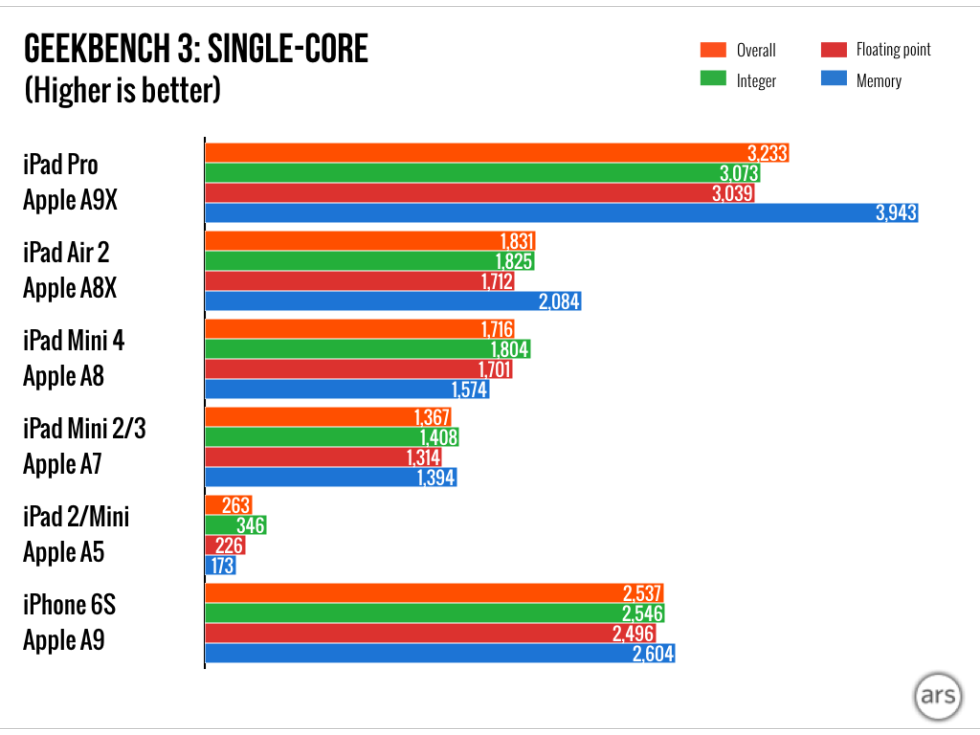