Apple has been pushing the iPad Pro as a replacement for the humble laptop for a number of years, offering greater versatility and flexibility when it comes to mobile working.

The problem for many has been the lack of support for some of the things you’d expect from a laptop, like trackpad support. That’s not only been added in iPadOS 13.4, but the introduction of the brand-new Magic Keyboard integrates a trackpad especially for your iPad.

In addition to a backlit five-row keyboard that only lacks function keys, the surface has a trackpad that’s smaller than on Mac laptops but still several times the footprint of the space key above it. Apple says full trackpad support will arrive in iPadOS 13.4 on March 24, but the accessory won’t be available until May.

The new Magic Keyboard relies on a new cantilevered hinge system to keep the tablet vertical while the typing and trackpad input are handled horizontally. It also retains the folding case design of Apple’s earlier “Smart” folios but elevates the iPad above the typing surface with angle adjustment abilities, supporting up to 130 degrees of positioning. 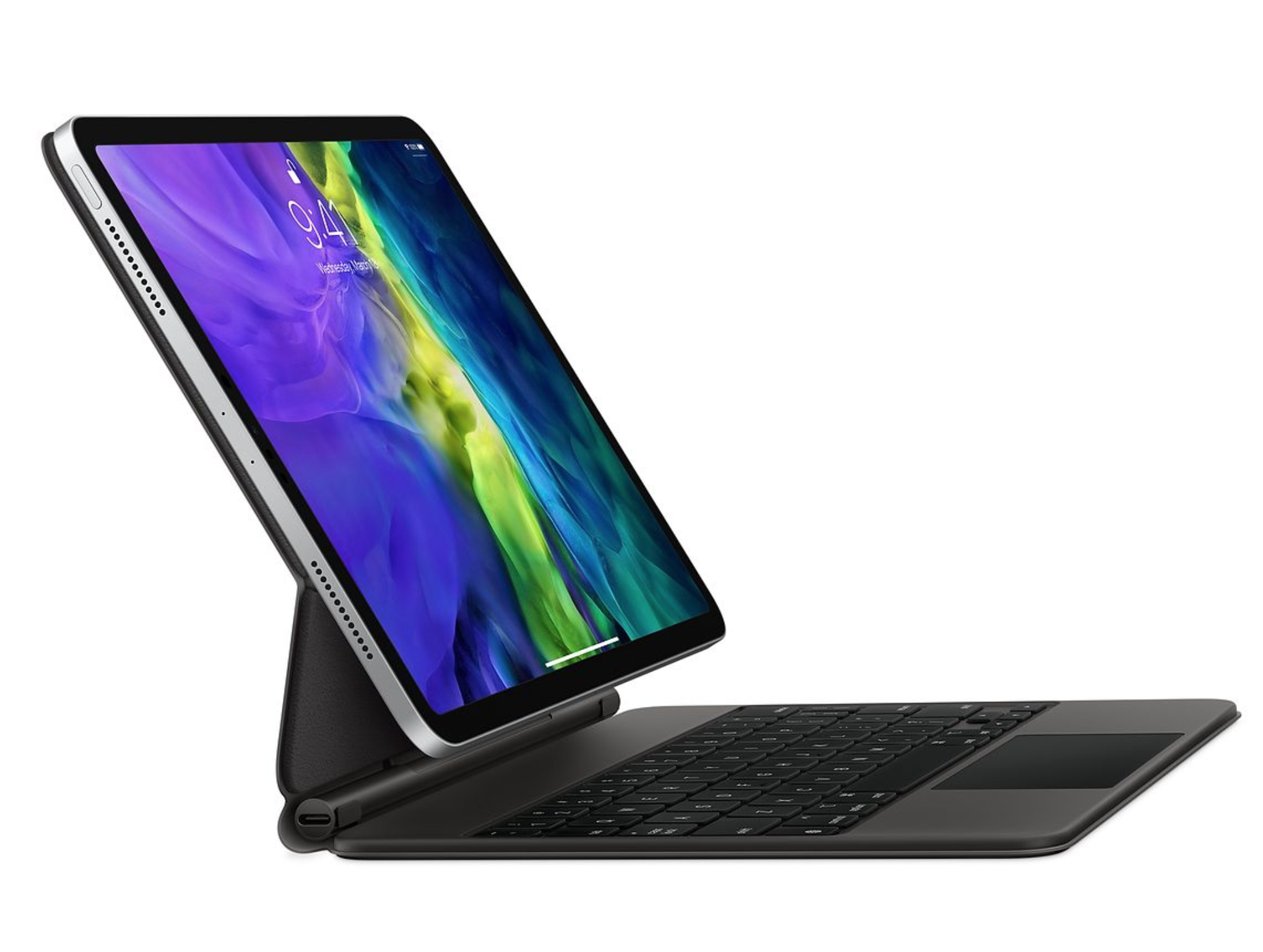 Like its Mac predecessors, the Magic Keyboard uses scissor mechanisms to deliver 1mm of key travel, improving upon the prior rubber dome keys used in earlier iPad keyboard accessories. It also has its own USB-C pass-through charging system and attaches magnetically to the iPad.

Apple announced the iPad accessory today on its website:

The all-new Magic Keyboard is an amazing companion for iPad Pro. It features the best typing experience ever on iPad, a trackpad that opens up new ways to work with iPadOS, a USB?C port for passthrough charging, and front and back protection. The Magic Keyboard has a floating cantilever design, allowing you to attach iPad Pro magnetically and to smoothly adjust it to the perfect viewing angle for you.