Mass production of the 12.9-inch “iPad Pro” has been delayed due to the high demand for iPhone 6 models, say supply chain sources speaking with the Wall Street Journal. Apple originally planned to start mass production of the device this December, but postponed it until early next year, the same sources reveal. 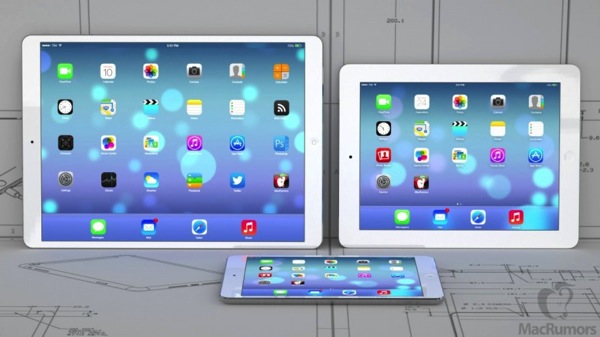 “The top priority for the supply chain is to meet the overwhelming demand for the larger screen iPhones. The output of the 5.5-inch iPhone 6 Plus remains unsatisfactory,” said a person at a supplier. “It would be challenging for display makers to split resources and spend a few months to ramp up production for a new larger screen iPad now.”

Actually, the strong demand for the iPhone 6 and iPhone 6 Plus is keeping Apple’s supply chain busy. Foxconn is on a hiring spree to meet demand: at its largest production site, in Zhengzhou, China, more than 200,000 workers are dedicated to making only the new handsets and key components.

In addition to the 12.9-inch iPad, Apple suppliers are preparing to mass produce a 12-inch MacBook Air in December, a notebook that was said to be entering small-scale production now, according to Digitimes’ sources.

The larger-screen iPad is coming at a time when the demand for the 5.5-inch iPhablet is sky high but dropping for the 9.7-inch and 7.9 inch iPad. Sales of iPads have been falling for two straight quarters.

Apple has released a new video tutorial on its YouTube channel, showing how to create an alter ego on iPad using Procreate: Learn how to use Procreate to make an alter ego portrait on iPad with Apple Pencil. Get hands-on with brushes and layers in Procreate, guided by tips from artist Temi Coker and Creative...
Gary Ng
4 weeks ago