Last month, Microsoft released Office for iPad at a dedicated press event and today, the company has pushed the very first update for the iPad app, introducing printing support, SmartGuides in PowerPoint and several other performance and stability improvements. Following today’s update, users can now print Word documents, Excel spreadsheets, and PowerPoint presentations to any AirPrint printer directly from their iPads. 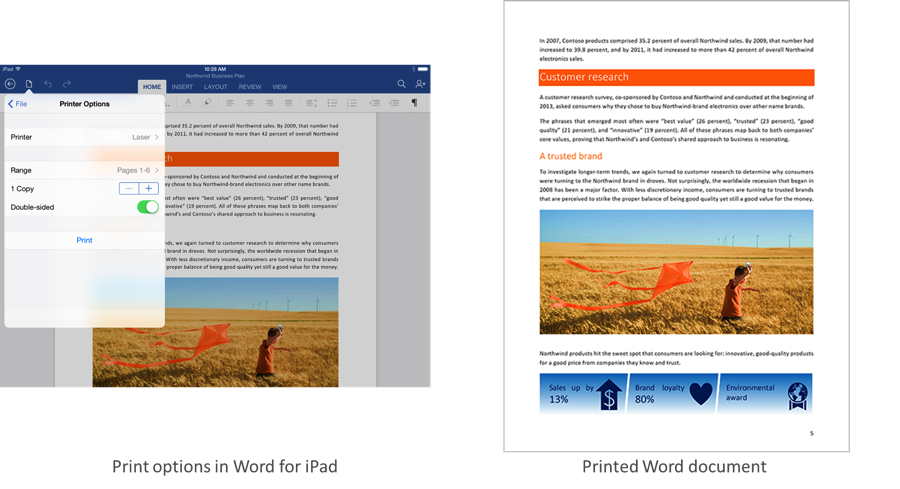 Using Word for iPad, users can choose to print a document with or without markup. In Excel, users can print a selected range, a single worksheet or an entire spreadsheet. Additionally, SmartGuides in PowerPoint help users align pictures, shapes and textboxes as they move them around on a slide. “With very little effort, your presentations will look beautifully designed”, notes Microsoft on its official blog.

“AutoFit in Excel now lets you adjust the width of multiple rows or the height of multiple columns at the same time. With just a few taps, you’ll be sure that your spreadsheet looks better and that no content is hidden. As you might expect, this first update also includes bug fixes and stability improvements.

Keep your feedback and requests coming! We’re already working on the next update and we’re committed to keep improving the apps.”

You can grab the free updates from the App Store using the following links: