Looks like the first Retina iPad mini models have started to have decreased supply due to heavy demand, in particular the 64GB and 128GB Wi-Fi models as both are now showing “available to ship” times of 5-10 business days. 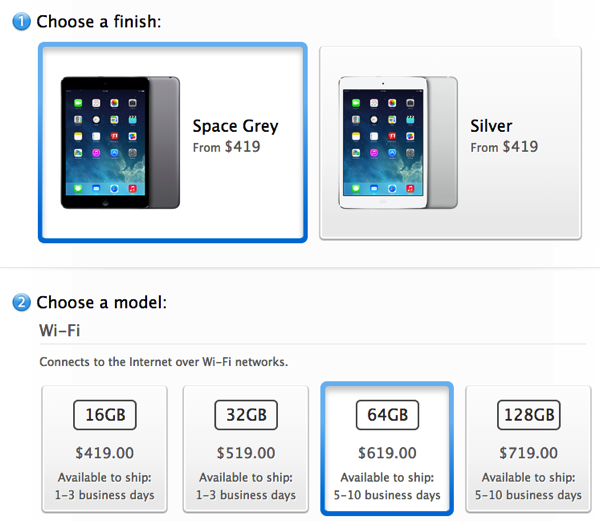 During last night’s launch, shipping estimates were at 1-3 business days. The increased timeframe for these models has affected online stores in Canada, the USA and the UK from our quick checks. The increased shipping times first showed up in the Apple Store app this morning, then moved over to the web:

With Christmas demand starting (or already underway depending on how late you like to shop), it’ll be interesting to see if Apple can lower these estimates to 24 hours.

Apple’s Stage Manager multitasking feature in iPadOS 16 is only for tablets with the company’s M1 chip, but that is now changing. According to Engadget, Apple told the publication Stage Manager is now expanding to older iPad Pro 3rd gen and 4th gen models when iPadOS 16 is released later this year. M1 iPad Pro […]
Gary Ng
14 hours ago