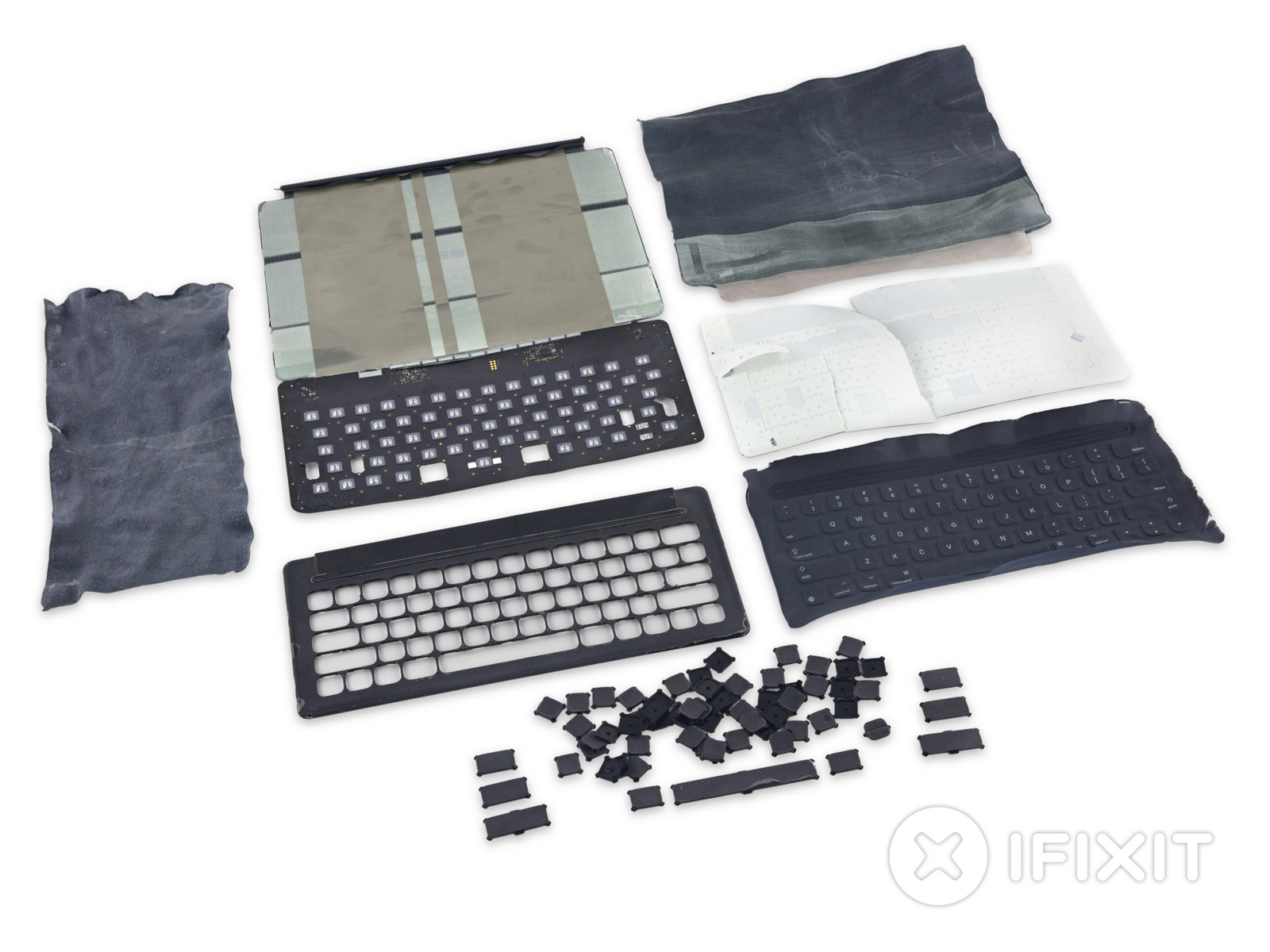 After the iPad Pro and Apple Pencil teardown, it was time for iFixit to take apart another accessory: the Smart Keyboard. While the teardown doesn’t deliver too many surprises, it does give a close look at Apple’s material choices and the components that make the product “smart”.

As noted by iFixit, Apple has encapsulated the Smart Keyboard in some high-tech fabric (their teardown engineer assumes it is nylon), which feels like a windbreaker. While this protects the accessory from water and stains, iFixit notes that you can’t take it apart without damaging the product.

Inside the Smart Keyboard – surprise! – there are no LEDs, batteries or fancy fans, just the circuit board. 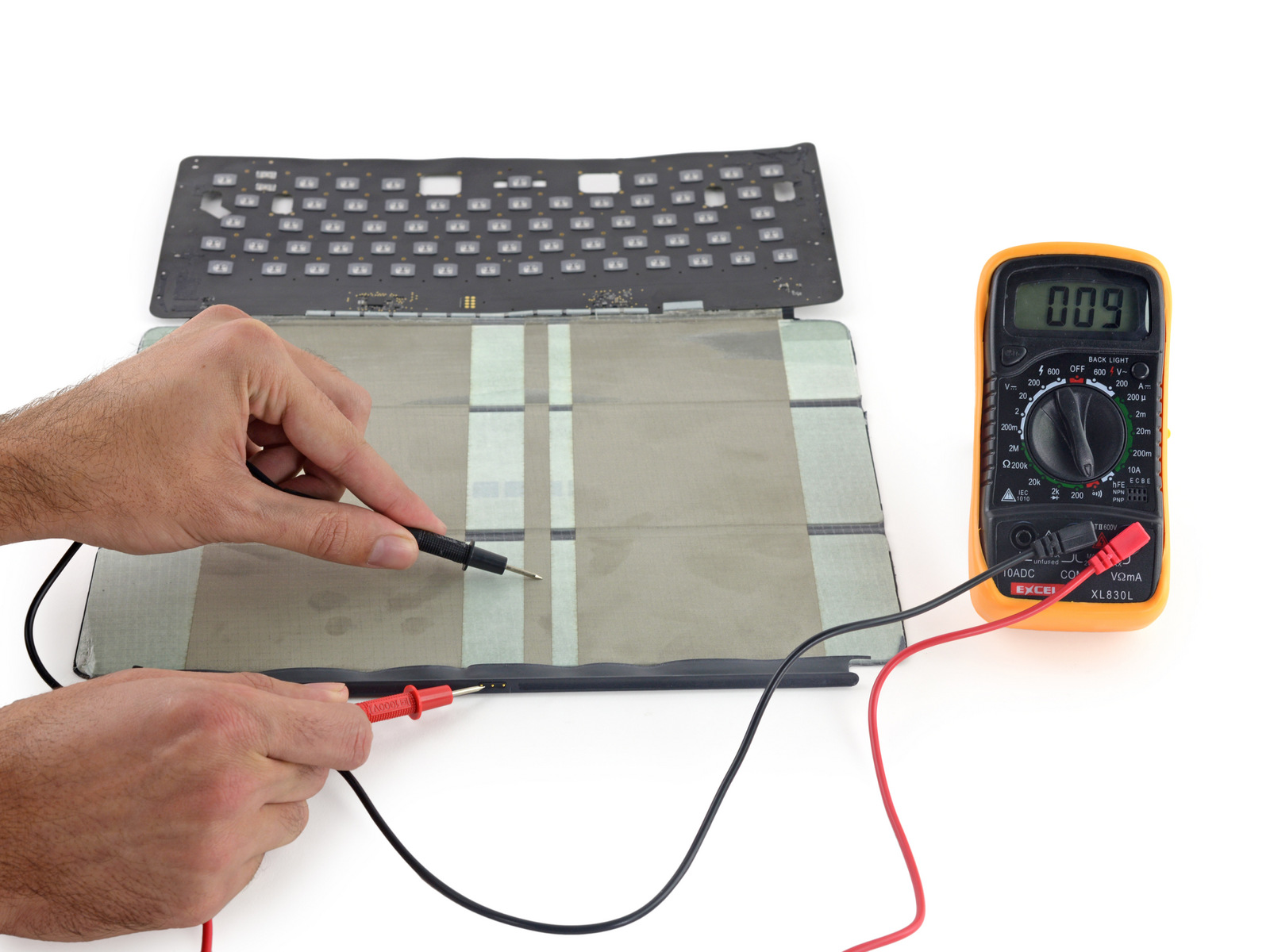 As iFixit discovered, the “brains” of the device is a microcontroller from STMicroelectronics. But there is more: The teardown team discovered three interesting fabric strips made of Apple’s “mysterious conductive fabric”. They connect the keyboard to the Smart Connector and allow for a “two-way flow of power and data.” iFixit notes that these fabric strips should be more durable and fail-resistant than wires or traditional flex cable.

Finally, iFixit gave the Smart Keyboard a repairability score of 0 out of 10, saying that the accessory is impossible to open without irreversibly damaging it.