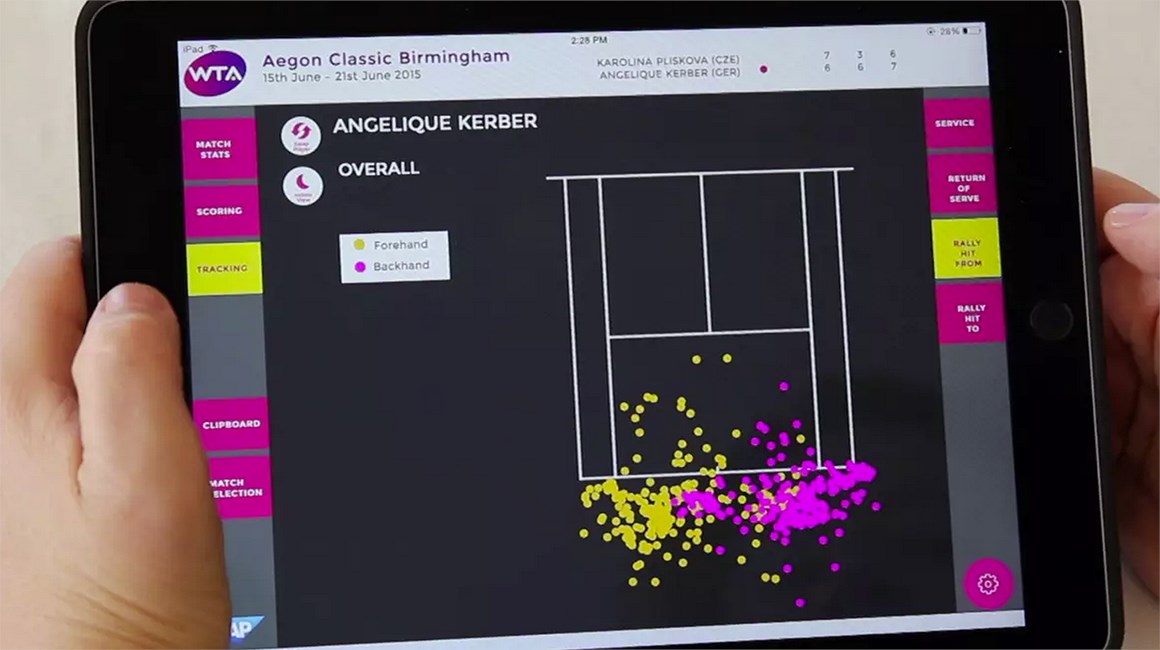 The iPads will play an important part during women’s tennis matches at the Rogers Cup: in a joint venture, the WTA (Women’s Tennis Association) and technology partner SAP have developed a new analytics app that gathers data from the umpire’s electronic scoring system and Hawk-Eye technology, allowing coaches using iPads to dive into stats during the match or study archived match stats gathered since 2013, reports the Globe and Mail.

While the app provides tons of data, coaches can decide what kinds of stats they need: where shots landed, where a player was on the court when she hit them, or percentages of things such as forehands and backhands, etc. WTA players and coaches can access real-time performance data during live match play.

“The traditionalists may not embrace it, but we’re in the entertainment industry, and we don’t have the luxury of not adapting the sports experience,” WTA chairman and chief executive officer Stacey Allaster said. “We’re not changing how the sport is played, but we’re an innovative organization, and we can play around the fringes with how we present it, because tennis is rich in data content and we’ve only scratched the surface. I think this gives us a chance to tell deeper stories and engage better with millennials.”

The new app was first allowed at the Bank of the West Classic in Stanford, California, last week, and six coaches have already used it in the stands to watch their players. While the app has great potential, not everyone needs it.

Some coaches have praised its ability to record data without the need to take notes, while interviewed players said they have yet to take full advantage of the new offerings. But not everyone: Czech world No. 7 Lucie Safarova said that it’s good to know the numbers, but in the end, the game is not about the numbers.