An interesting article by Fortune highlights how Samsung became America’s top mobile phone manufacturer and during its winning streak, how it created a series of print, digital and TV ads targeting the iPhone 5 while promoting its own flagship smartphone, the Galaxy S III. 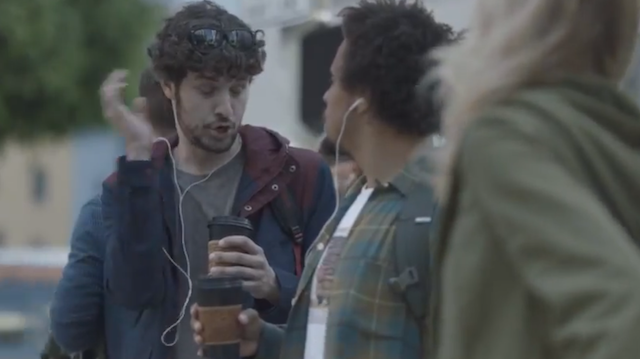 In September last year when Tim Cook announced the iPhone 5, a group of marketing executives from Samsung followed real-time reactions to Cook’s remarks in a Wolfgang Puck restaurant in Los Angeles a few hundred miles away, notes the article. The team tracked each new iPhone 5 feature while also monitoring the gush of online comments on the new device via blogs and social media sites. Using the data, writers from Samsung’s advertising agency began crafting a response.

The following week as the iPhone 5 went on sale, Samsung aired a TV ad mocking Apple “fanboys” queuing up for the new phone. (“The headphone jack is going to be on the bottom!”)

The 90-second commercial went on to become the most popular tech ad of 2012, garnering more than 70 million views online. More important, in the weeks following the launch of Apple’s iPhone 5, Samsung sold a record-breaking number of its own signature smartphone, the Galaxy S III. “We knew this was going to be a big moment in time, when consumers are really paying attention,” says Todd Pendleton, chief marketing officer of Samsung’s U.S.-based mobile division. “We wanted to take that opportunity and all that energy and make it Samsung’s moment.”

Despite all that, most analyst reports show Apple still has a slight edge over Samsung in smartphone sales. And let’s not forget, Apple sells one device, the iPhone, while Samsung offers over 25 different smartphones in the U.S.