One of the benefits of jailbreaking your iPhone is the ability to customize the look and feel of your phone. Cydia is full of thousands of themes and skins allowing for endless combinations of wallpapers and icon changes.

Saurik aka Jay Freeman, the creator of Cydia has just introduced a new feature called Theme Center. You may have already noticed it on the Cydia home page. This comes hot on the heels of the recent Manage Account feature to help you keep track of Cydia purchases.

Theme Center allows for easy customization of your iPhone by purchasing packaged themes/icons. Pre-packaged themes are separated into two categories: 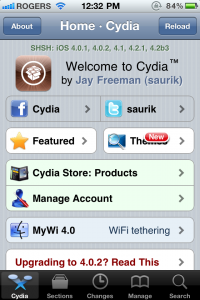 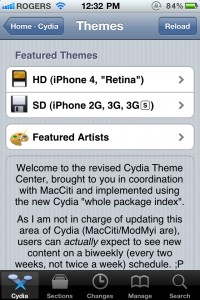 Currently there are a handful of free HD themes mixed in with paid themes (prices range from $1.99 to $3.00). There are more free SD themes versus HD themes. Expect more themes to come in the future as Theme Center grows in popularity. 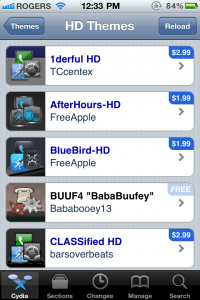 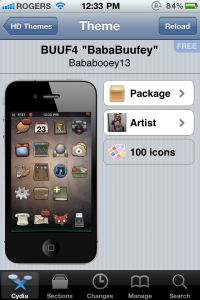 This is new way for 3rd party developers to market their iOS themes and skins. iPhoneinCanada.ca jailbreak expert RoryPiper has been one of the most popular theme creators.

How to access Cydia’s new Theme Center? Easy. Just load Cydia and it should appear on the main page. You’ll also find some notes about the upcoming release of Cydia 1.1.

Let us know if you’ve installed any themes via Theme Center!