Famed Canadian iOS hacker Ryan Petrich has managed to port Google Maps over to iOS 6, and previewed the early version on YouTube. Here’s what Petrich had to say in his video description:

Preview of the old Google Maps application from iOS5.1 and earlier running on an iPhone 3G S updated to iOS 6.0

Still crashy and cannot be distributed to the public yet, but it mostly works 🙂 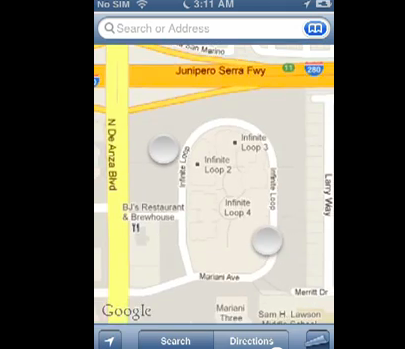 If this continues to be developed, it could be released in Cydia for iOS 6–which has already been jailbroken by @chpwn.

Apple’s new maps have come under criticism for being released as an unpolished version compared to the former Google Maps. In our own tests, Google Maps still fares better than Apple Maps in search queries and maps details at zoomed in levels. However, the new turn by turn directions have worked pretty well in our early tests. Apple Maps will continue to improve as long as users report errors.

How has your experience been with Apple’s new maps?