Those who have already had their A4 devices jailbroken using our Redsn0w tutorial, which was for a tethered jailbreak, can now migrate to a tethered jailbreak thanks for MuscleNerd’s Cydia package. The package is called Evasi0n 6.x Untether 0.1-1 and it is based on Planetbeing and Nikias’ exploits. This package will help you lose the cord while rebooting your jailbroken iPhone 4, iPhone 3GS and iPod Touch 4G.

As a result, existing users who have already installed Cydia with Redsn0w can simply turn their tethered jailbreak into untethered as the eagerly awaited evasi0n jailbreak tool became available to the public.

If you want to cut the cord to your jailbroken iPhone 4, 3GS or iPod Touch 4th gen, all you need to do is to follow the easy steps of this tutorial.

Step 1. You have jailbroken your A4 iDevice using Redns0w.

Step 2. Launch Cydia and search for Evasi0n 6.x Untether and install it. 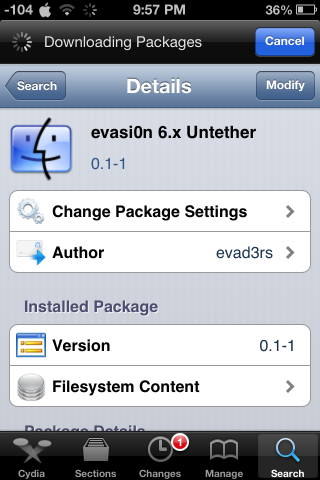 Step 3. Reboot your iDevice normally, by holding down the power button and then “slide to power off”. 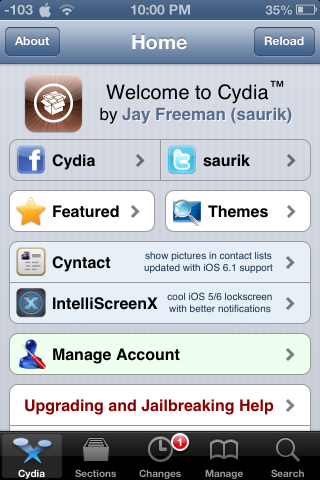 That’s it! Respring your iDevice and enjoy the cordless life!