It appears iOS 5 has a built in panorama mode for the Camera app, as discovered by @conradev (via @chpwn).

So, I found out how to enable Panorama is the iOS Camera app. Set the key ‘EnableFirebreak’ to YES in com.apple.mobileslideshow.plist

Chpwn notes the package has been submitted to Cydia and will be available to jailbreakers via the tweak ‘Firebreak’.

The panorama feature appears as an option within the Camera app, and when enabled users are directed to tap move the camera left to right along a blue line after tapping the shutter button. Check out the images below: 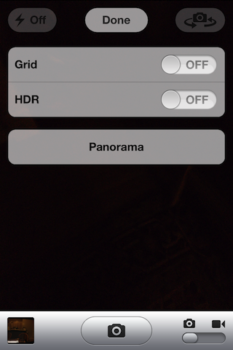 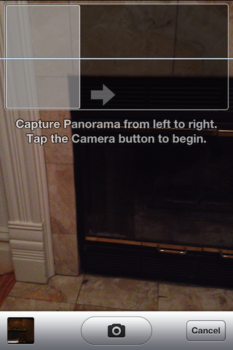 It is unsure when the panorama feature will be made publicly available is iOS 5. Apple recently told users a software fix will be released soon to address battery drain issues in iOS 5 in ‘a few weeks’. iOS 5.0.1 beta 2 was available to developers three days ago.