ultrasn0w unlockers remember: please stay away until we get a chance to fix the problems 4.3.1 has with older basebands

So if you’re thinking of using the latest ultrasn0w update, my advice is to wait at least 24-72 hours before proceeding, as it’s a guarantee that new versions will be released with bug fixes.

On top of redsn0w being released today by the iPhone Dev Team, MuscleNerd just announced an update to the ultrasn0w unlock will be released as well (hopefully, he says). This doesn’t unlock new basebands, only the existing ones.

The ultrasn0w update won’t be a new unlock. MuscleNerd explains iOS 4.3.1 breaks the current ultrasn0w unintentionally, and that the basebands it unlocks remains unchanged. The core payload of ultrasn0w has stayed the same since yellowsn0w days, but injection methods have just changed. 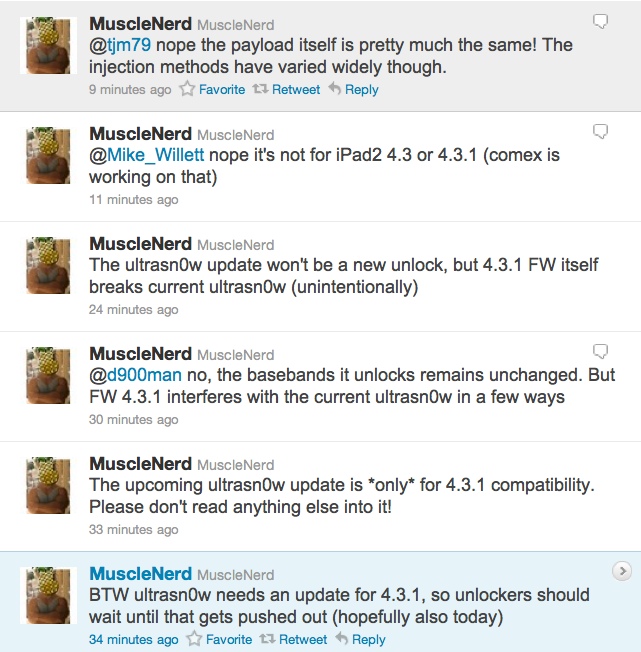 According to iDB, redsn0w and PwnageTool will be released at midnight PST, or GMT-8 tonight.