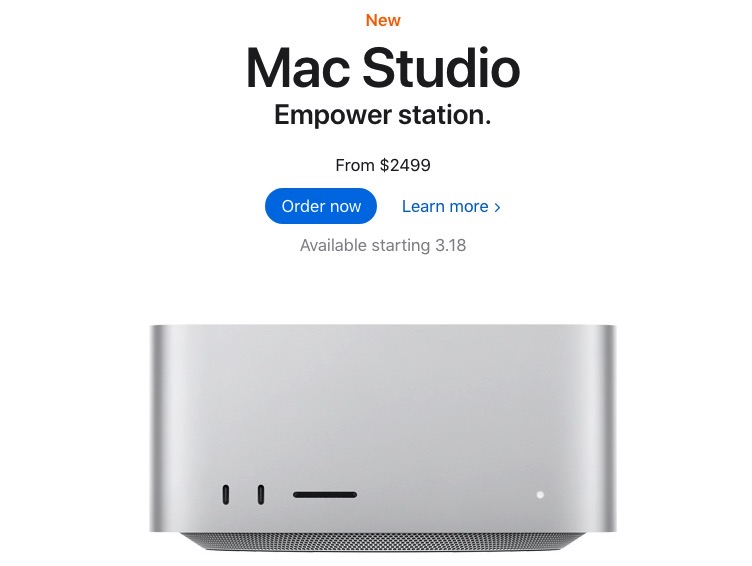 Apple took the wraps off its new Mac Studio computer today, which it is calling its “empower station” that can be included with its newest M1 Ultra chip or M1 Max.

Canadian pricing for the Mac Studio has been released on Apple’s website:

You can of course custom-build a Mac Studio to your liking, by adding a version of the M1 Max or Ultra with more cores, RAM and storage.

You can pre-order a Mac Studio today on Apple.ca and it launches on March 18, 2022. Delivery times are showing the first week of April.