Did you place an order for a new MacBook Pro with Touch Bar? Customers in Canada have started to see their credit cards being charged (including ours), which is a sign orders will most likely ship. Orders placed immediately after Apple’s ‘Hello Again’ Mac event most likely will have seen charges today.

Our credit card was charged early in the morning and a push notification showed up. Our order for a 13-inch MacBook Pro with Touch Bar (with 16GB RAM upgrade) has an expected delivery time of November 18-24. 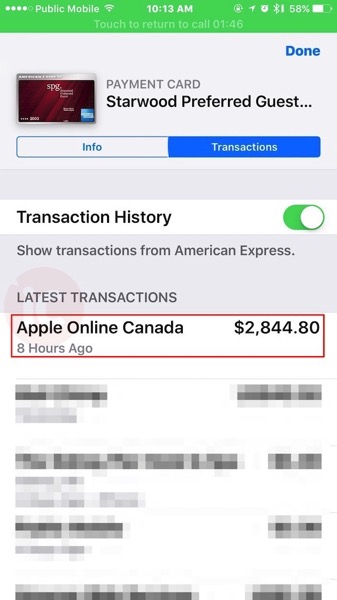 We had to call Apple this morning to get a refund on the difference on our Thunderbolt 3 to Thunderbolt 2 adapter, after the company dropped prices by 25% last week in an attempt to cater to upset early MacBook Pro adopters. Call volumes were busy as we had to wait 30 minutes on the phone.

Has your credit card been charged yet for your new MacBook Pro?