There are a few reasons why publications such as The Verge called the 2021 MacBook Pro models with Apple’s new M1 Pro and M1 Max chips “the most powerful laptops” they’ve ever tested.

In a recently published blog post, the folks at DataBase as a Service (DBaaS) provider Unum pit an M1 Max-equipped 16″ 2021 MacBook Pro with 64 GB of RAM, against an Intel-powered 16″ 2019 MacBook Pro with 16 GB of RAM and a $50,000 USD server with an AMD Threadripper Pro 3995WX and a whopping 1 TB of RAM, through a series of memory-heavy workloads.

All three contestants were put through a number of tests, including exchanging large chunks of sequential data between the CPU and memory and RAM-intensive Hash-Table (HT) lookups.

The results were pretty interesting: the 2021 MacBook Pro with an M1 Max thrashed its Intel-based predecessor in each of the tests — which, to be fair, we’ve seen time and again before, but also got dangerously close to the $50,000 USD server’s performance in a number of cases. 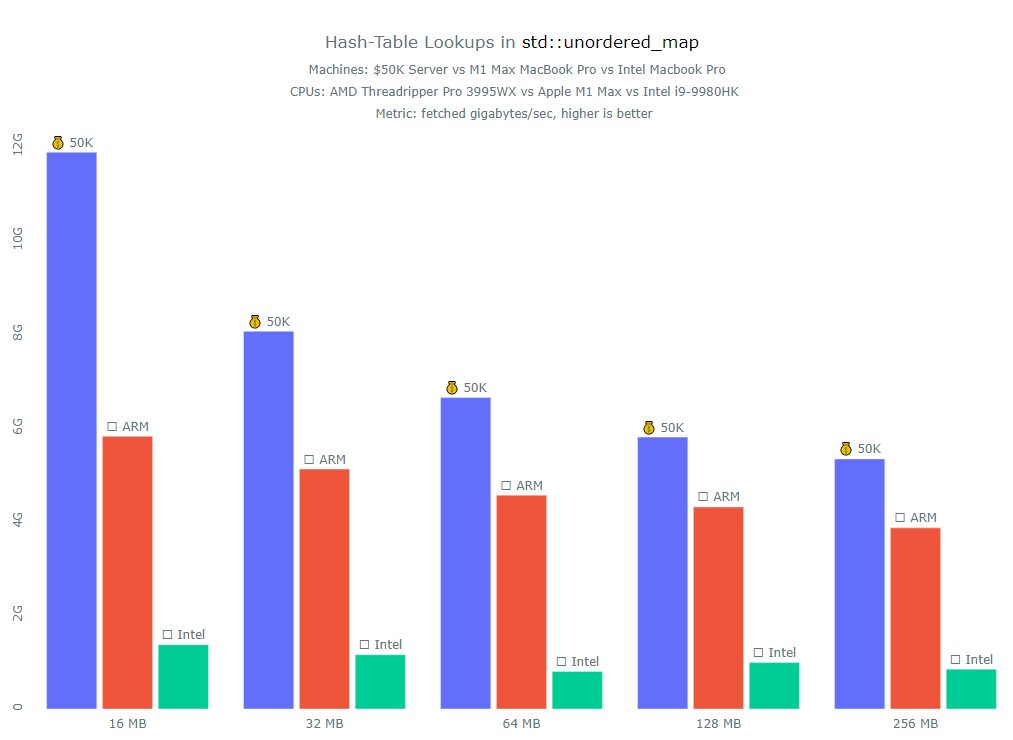 These results, coupled with everything else we’ve seen of the 2021 MacBook Pro so far in every workload from development to 3D rendering, really cement that Apple is going in the right direction with its in-house Silicon. We can’t wait to see what’s next from Apple’s next-generation processors.