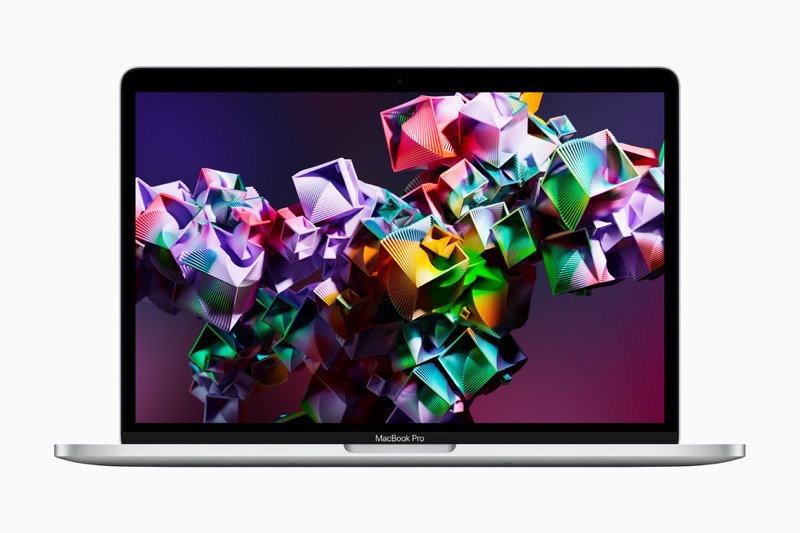 Apple unveiled a new 13-inch MacBook Pro with second-generation Apple Silicon at its Worldwide Developers Conference (WWDC) earlier this month. The new notebook became available to pre-order on June 17, weeks ahead of the M2 MacBook Air that was announced alongside it.

Press embargoes on the 2022 MacBook Pro are up now, and reviews have started hitting the web.

The 2022 MacBook Pro can sustain heavy loads for long periods of time. Its 30-minute Cinebench score was actually a bit higher than its 10-minute Cinebench score, which is not something we see all the time. Results were also the same regardless of whether the device was on power or battery, which we very rarely see with Windows laptops. And though the existence of an active cooling system (read: a fan) is what traditionally differentiates the MacBook Pro from the MacBook Air, I never heard the fan on this M2 device — not even when I was running games.

The battery life is also solid, lasting more than 17 hours in our benchmark. If you didn’t know what you were missing from the other MacBooks on the market, then I’m sure you’d be happy with the M2 MacBook Pro.

TechCrunch‘s Brian Heater, meanwhile, pointed out that the 2022 MacBook Pro will likely be one of the last MacBooks to feature a Touch Bar:

For the time being, at least, reports of the Touch Bar’s death were moderately exaggerated. If you’ve fallen in love with that input device over the last few years (I’ve learned through my stories in recent weeks that such people do, in fact, exist), buy now or forever hold your peace.

Reviewers largely appear to be at a loss for reasons to recommend the new MacBook Pro over the M2 MacBook Air. The latter totes around the same chip and comparable capabilities in a redesigned, fanless shell.

The MacBook Pro’s older sibling, the 14-inch model, offers a significantly better screen, arguably better I/O for professionals, and a more powerful chip — the M1 Pro — that can actually benefit from its cooling solution. However, it also costs a lot more, starting at $2,499 CAD.

The M2 MacBook Pro, on the other hand, starts at just $1,699 in Canada. That’s not to say the new 13-inch model lacks performance, though. In fact, recently leaked benchmarks show the M2-powered notebook is actually faster than Apple’s base model desktop Mac Pro.