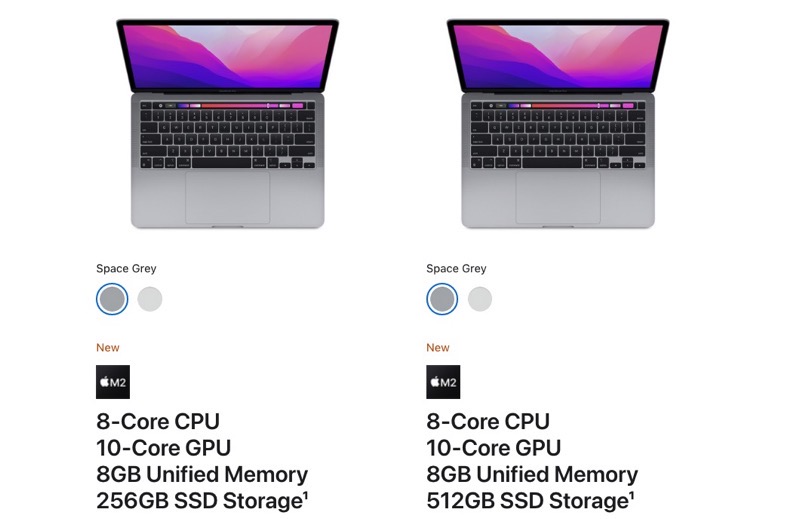 Apple has launched pre-orders of its new M2 MacBook Pro 13-inch today in Canada and beyond. The new laptop unveiled at WWDC22 retains the same design but gets an upgraded processor to M2, offering more graphics cores than its predecessor.

The base M2 MacBook Pro 13” starts at $1,699 CAD for 8GB RAM and 256GB SSD storage, while the 512GB SSD option starts at $1,949 CAD. Both can be customized to your liking and Education pricing offers a slight discount (although you may want to wait for this summer’s annual back-to-school promo).