Yesterday Apple announced a refresh to the Mac mini to bring Haswell processors, 802.11ac Wi-Fi and Thunderbolt 2 to go with a minor price drop (now starting at $549 instead of $599).

If you have been waiting for refurbished Mac minis to appear on Apple.ca’s refurbished store, as of writing three are available, including one model with OS X Server, which has been discontinued from the current line up. 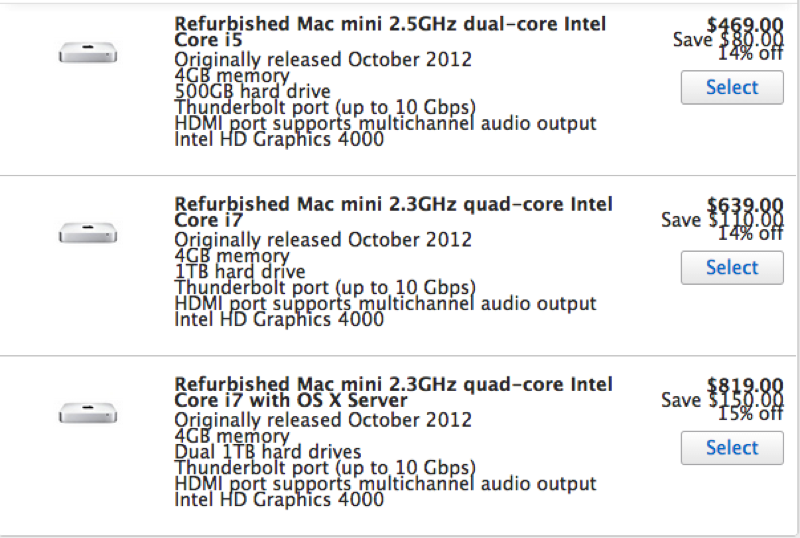 The $469 model has a 2.5GHz dual-core Intel Core i5 plus 4GB of memory and a 500GB hard drive, which brings $80 in savings. This one won’t last very long and could very well be the home theatre PC you have been waiting for.