Apple Store Online Goes Down Ahead of WWDC 2013

With just over two hours to go before Apple kicks off its WWDC 2013 keynote (click here to watch the live stream), the company’s online store is down which is an indicator new hardware and software updates are coming. 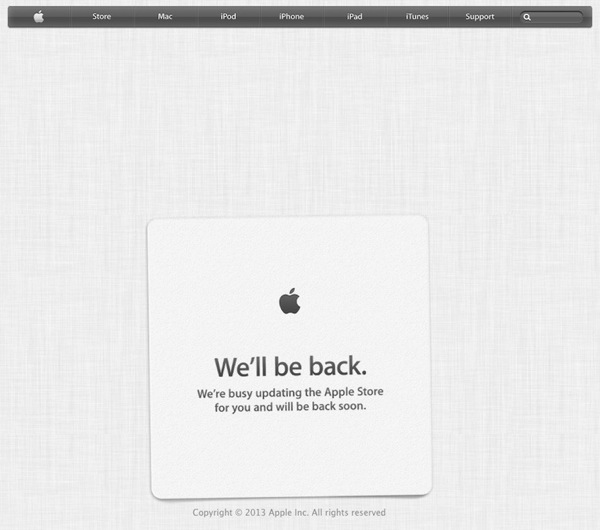 Apple is expected to update its Mac line up today with possible refreshes to the MacBook Pro, MacBook Air and iMacs.