One of the most exciting features Apple announced at their WWDC keynote is Auto Unlock, part of macOS Sierra.

Apple SVP Craig Federighi explained how the workflow process for many Mac users involved waking up their machines and entering in their system password (sometimes twice due to a typo). But the experience will soon be better, as Auto Unlock utilizes the device we already have securely authenticated on our wrists—Apple Watch.

This Continuity feature of macOS Sierra means by the time you open up your MacBook lid or get within the vicinity of your desktop—it’ll automatically unlock your system without the need for entering a password:

Auto Unlock lets you simply walk up to your Mac while wearing your authenticated Apple Watch and be automatically logged into your desktop. 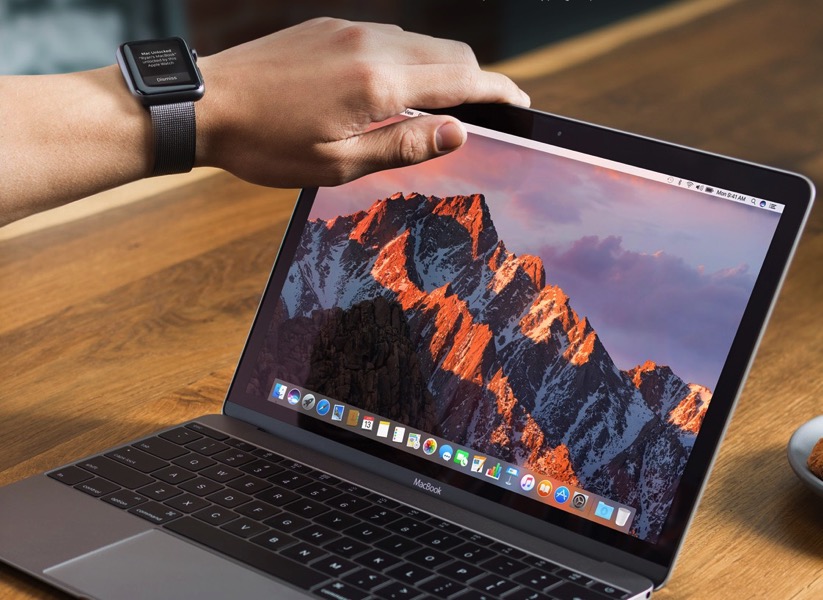 Federighi explained Auto Unlocked used “time of flight networking” to detect your Apple Watch’s proximity. On Apple’s Sierra preview page, it says “Auto Unlock with Apple Watch” to “log in before you even sit down”.

Get instant access to your Mac when you’re wearing Apple Watch. Just wake up your Mac and you’re ready to go. Take a quick call or step away, then get right back to work. No password typing required.

This feature alone is a timesaver, especially for those who frequently leave their workstations. If you don’t have an Apple Watch now, Auto Unlock will definitely make you want to buy one (plus, watchOS 3 actually looks to make apps load instantly now).