You now have more choices if you’re looking to purchase last year’s 12-inch Retina MacBook. Best Buy has discounted the price by $200 to $1349.99, for the entry model with a dual-core Intel Core M 1.1GHz processor, 256GB SSD and 8GB of RAM. 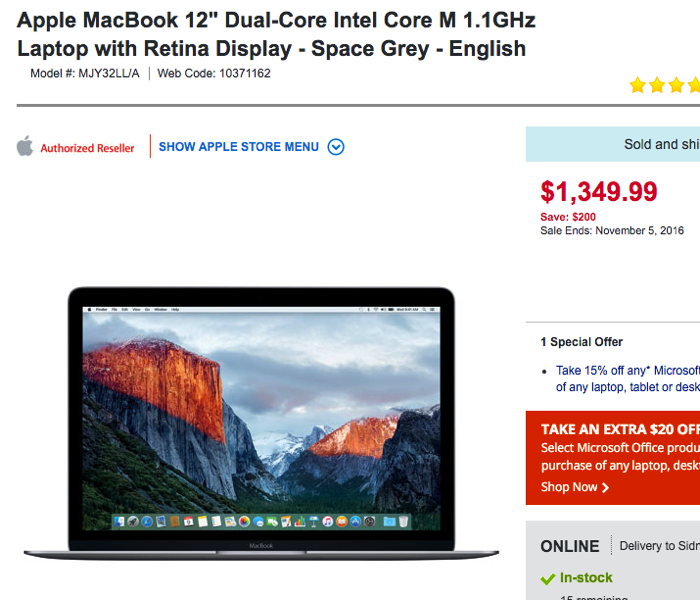 This price is $210 more than Apple’s refurbished 12-inch Retina MacBook price of $1,139, which was re-stocked yesterday. However, if you want new and can’t handle the though of getting  a refurbished model (even though they’re good as new and come with a standard one-year warranty), Best Buy has new-in-box versions of the 2015 model available.