The launch of a new MacBook also saw the prices of Apple Refurbished models drop too. Right now, 12-inch Retina MacBook refurbished prices start at $1,139 CAD for basic configurations, as you can see below: 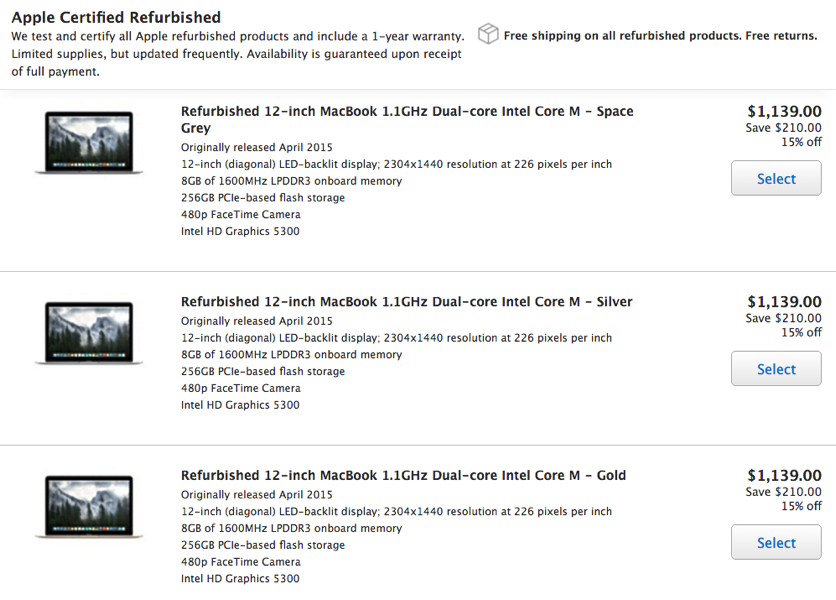 Back in January, when 12-inch Retina MacBook models first debuted in Apple’s Canadian refurbished store, they started at $1,309, but today we’re seeing a $170 drop to $1,139.

One year ago, when this model was announced, it started at $1,549 CAD, so we’re seeing savings of $410 with refurbs. That works out to 26% off last year’s models, a pretty decent discount after just one year (albeit refurbished, which are good as new).

If you don’t need the latest Intel Skylake processors or Rose Gold, refurbished MacBooks are an option to consider, as they come with a standard one-year warranty and 14-day return policy, plus are eligible for AppleCare.