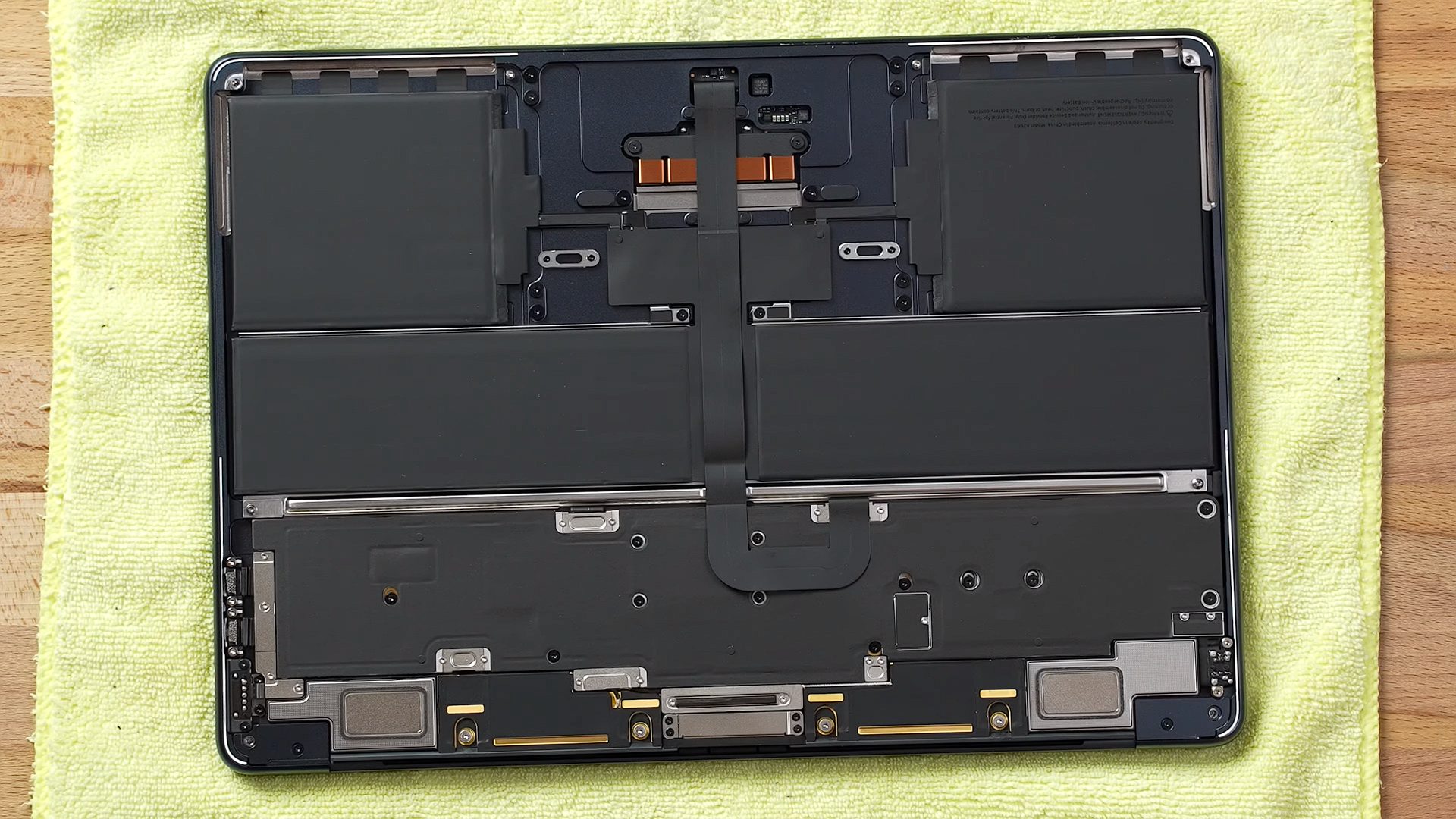 In a recent video, YouTuber Max Tech took Apple’s new 13.6-inch M2 MacBook Air apart for a look at its insides — all the way down to its tiny motherboard.

There are only four screws on the bottom of the new Air, and you can pry the bottom off once you remove them. “The insides are just as nice looking as the outsides,” the YouTuber commented.

All of the M2 MacBook Air’s I/O ports are modular and, therefore, relatively easier to replace than older MacBook models. The motherboard, meanwhile, is hidden underneath a remarkably thin, fanless cooling solution. 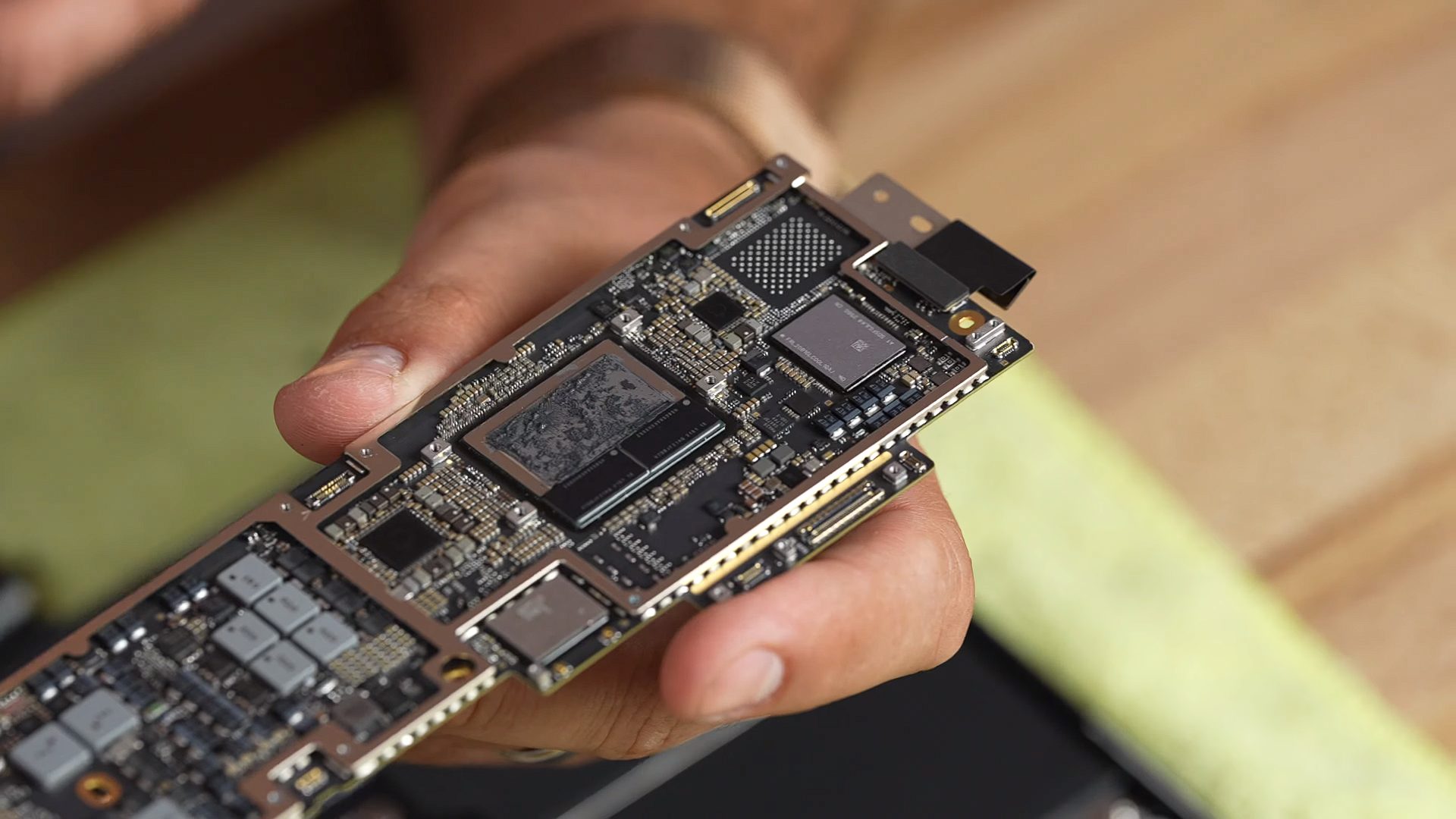 Apple’s VP of hardware engineering said during a recent interview that the 2022 MacBook Air is the product of a “tour de force of integration.” One look at the motherboard, and you’ll know that’s true. Everything from Apple’s new M2 chip to the NAND package(s) and RAM is soldered onto this tiny little motherboard. Don’t let its size fool you, though, as the M2 chip packs quite the punch.

Since the subject of Max Tech‘s teardown was a base 256GB version of the new Air, the motherboard only had one NAND chip on it for SSD storage. That means the 256GB M2 MacBook Air will unfortunately offer the same disappointingly slow storage speeds as the base model M2 MacBook Pro.

The YouTuber also spotted a curious little wireless chip on the motherboard that he theorized could be for ultra-wideband. But it turns out this chip is also in the M1 MacBook Pro. It’s unclear what this chip is for at this point.

Apple officially launched the 2022 MacBook Air on Friday. The M2 MacBook Air starts at $1,499 and is available to order now on Apple.ca.

After releasing iOS 15.6.1 and iPadOS 15.6.1 today, Apple also released macOS 12.5.1 and watchOS 8.7.1 for Apple Watch Series 3. These minor updates come ahead of major software releases slated this fall, including iOS 16. You can update your Mac by clicking the Apple logo in the upper left corner, then ‘Software Update’. To...
Gary Ng
19 hours ago