Apple announced yesterday it is set to hold a Mac event next week on Thursday, October 27, confirming previous reports a special event was coming.

The event will be held at the company’s headquarters in Cupertino, and is expected to be a smaller affair, with press most likely to attend the last event at its Town Hall, before the expected move to Apple Campus 2, when construction completes in late 2016 or early 2017.

The event with its “hello again” tagline will be streamed live for everyone to see, in what is now the norm for Apple events.

Below are Apple’s live streaming requirements: 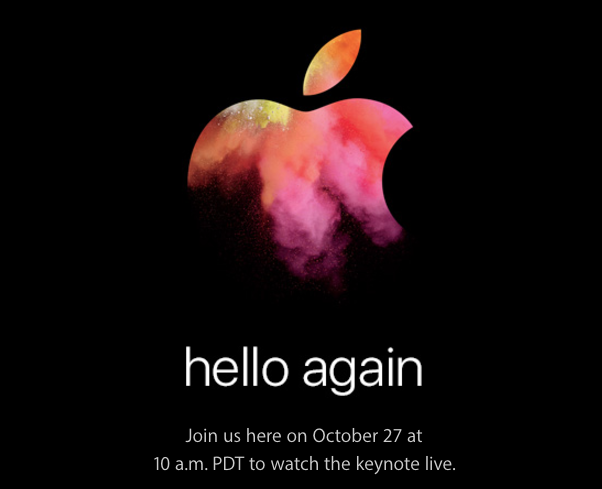 Many expect a major refresh to the MacBook Pro with a new “Magic Toolbar”, while the MacBook Air and iMac are said to get updates as well. We may even see a 5K external monitor debut at the event. Regardless, let’s find out what goodies come in one week’s time. #justtakemymoney