While we are waiting for the all-new MacBook to hit the shelves next month, iFixit has scoured the Apple Store for the latest MacBook Air models, just to take them apart “for the sake of science.” As you may have already expected, the 11-inch and 13-inch MacBook Air teardown doesn’t bring too many surprises, but that’s okay: if you are going to jump on either of these two, you’re going to be buying an updated model of the MacBook Air introduced in 2012.

As the guys from iFixit note in the teardown, the latest MacBook Air computers keep their traditional model numbers, A1465 and A1466, which by the way are the same digits you can find on earlier models dating as far back as mid-2012. 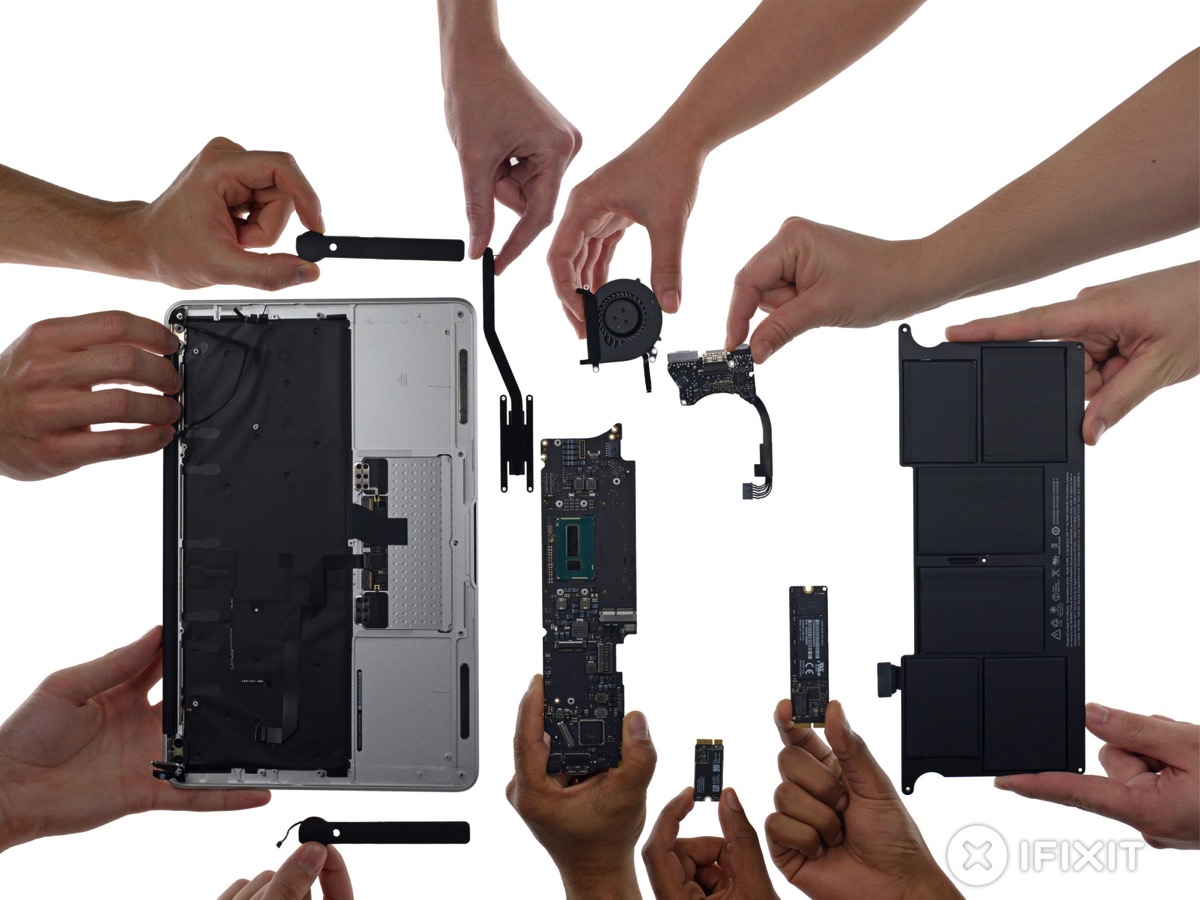 What’s noteworthy, though, is that the new chips — Broadwell — shrink the Air’s previous architecture: as a result, you don’t get too much change in terms of performance, but the transistors have become smaller and the entire chip is up to 30% more power efficient.

There is a major difference between the all-new MacBook and the refreshed MacBook Air: the latter sports a glue-free battery. Considering the design choice of the new MacBook, this isn’t likely. Still, the new MacBook Air models rank pretty low in terms of repairability score: 4 out of 10 on the repair scale.