After releasing iOS 10.3, watchOS 3.2 and tvOS 10.2, Apple has released macOS Sierra 10.12.4 for download. This latest update for macOS bring Night Shift, taking the feature from iOS to your Mac (good-bye, F.lux). 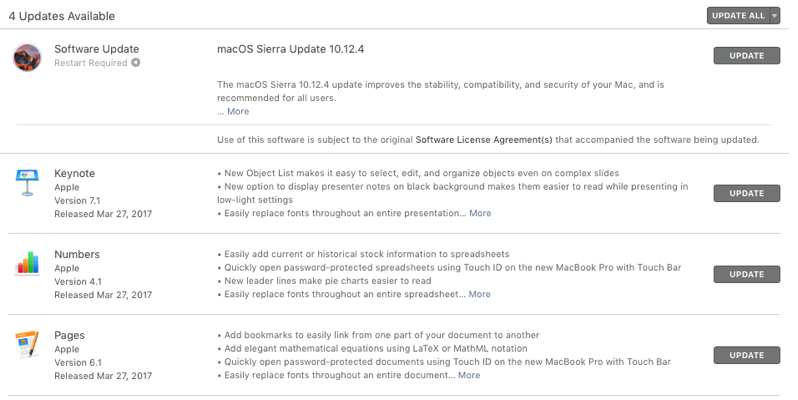 Also updated today was the company’s trio of iWork apps, as Keynote, Pages and Numbers now support Touch ID for the Touch Bar in Apple’s new MacBook Pro models. This means you can now open password protected documents, spreadsheets or presentations with Touch ID instead of typing in a password.

The update also makes it easier to replace fonts throughout an entire presentation, plus customize dates, times and currencies for your language or region, for example.

You can download the latest macOS update by going to the Mac App Store and clicking the Updates tab. The updates are all showing for us right now.