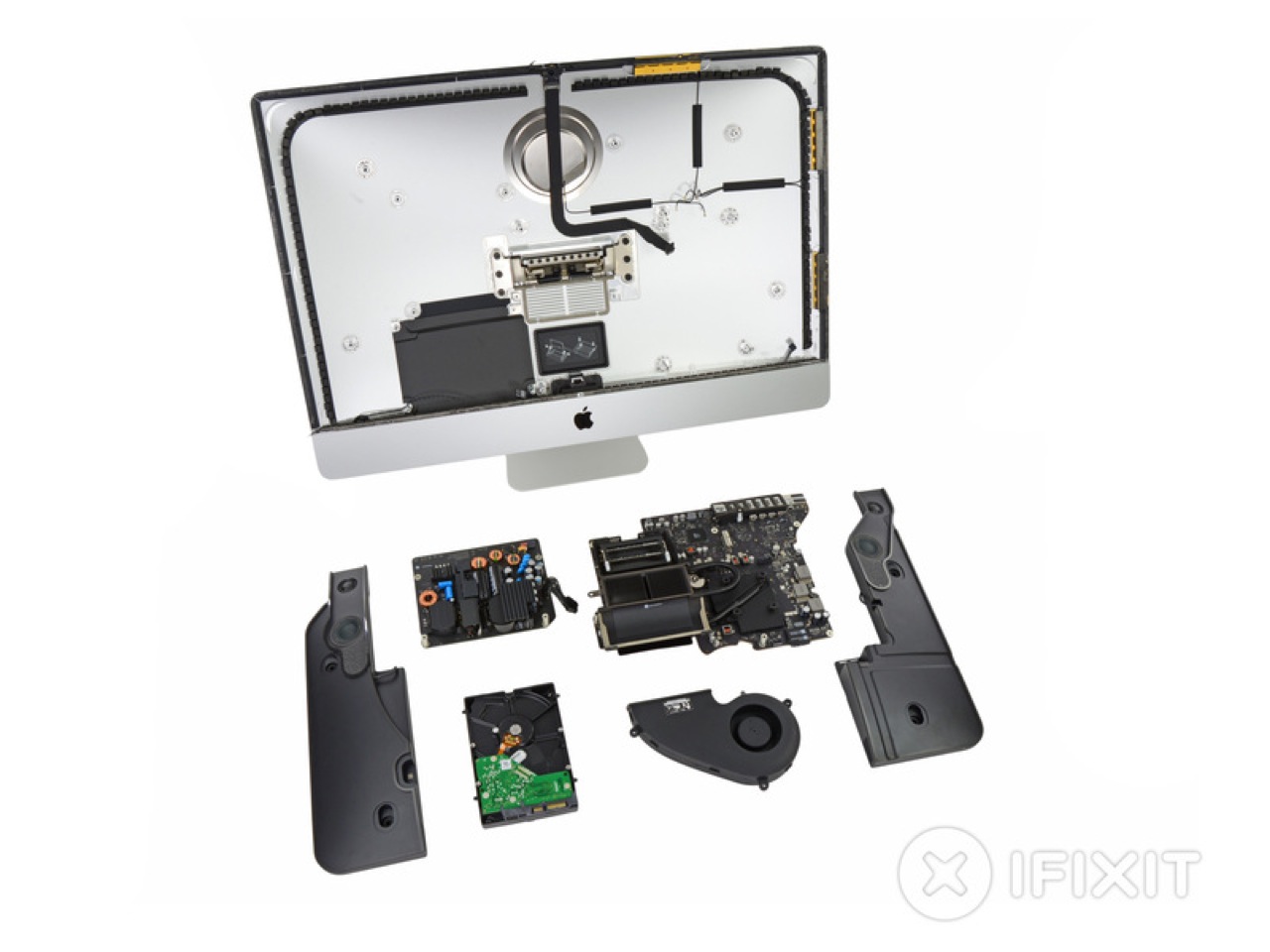 The iFixit team have given the 27-inch iMac a repairability score of 5 out of 10 (10 is easiest to repair) while the smaller 21.5 inch model gets a repairability score of 2 out of 10. The smaller model’s disappointing score is largely due to the fact that its CPU is soldered directly to the logic board, making an upgrade virtually impossible. One good news for the 21.5-inch model users is that it now includes a new empty PCIe SSD slot so users can upgrade the base model iMac to the Fusion Drive combination HDD/SDD drive from Apple.

“The 21.5” iMac is the first aluminum iMac to have a soldered CPU; it’s a silent, but clear, shift to even poorer iMac upgradeability. That’s sad news for Apple’s power user community, who appreciated the ability to upgrade their Macs on their own schedule.

The AirPort/Bluetooth card, now conforming to the 802.11ac Wi-Fi standard, still clings to the back of the logic board — making replacement no easier than before. Broadcom BCM4360 802.11ac transceiver and BCM20702 Bluetooth 4.0 chips lurk within, as well as a Skyworks SE5516 802.11a/b/g/n/ac WLAN front-end module.”

The 27-inch iMac thankfully still has a replaceable / upgradeable CPU.