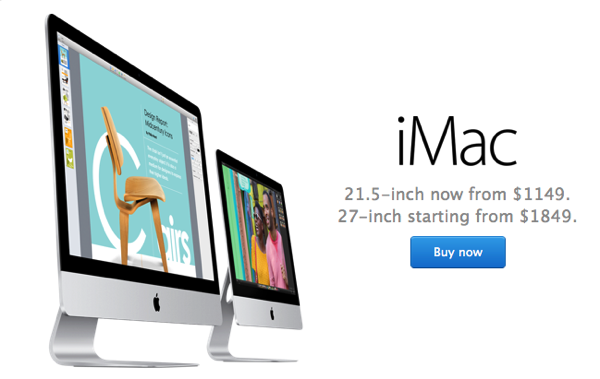 Last week, rumours indicated that Apple would update its iMac line. As it turns out, Apple’s strategy was different: it has unveiled a new member of its iMac line, a lower-cost model at $1,149.

Apple is rumoured to have a Retina iMac in the works, a whisper apparently corroborated by evidence found in the developer preview of Mac OS X Yosemite. The rumour mill, however, is silent about a possible release date for the Retina iMac.

The new entry-level iMac costs $200 less than the previous entry-level model and is available to ship within 24 hours.