With Yosemite, Apple has brought Mac OS X and iOS closer by making the former much flatter and more modern; it made the same move with iOS 7 last year. All the icons have been changed to match their iOS counterparts. 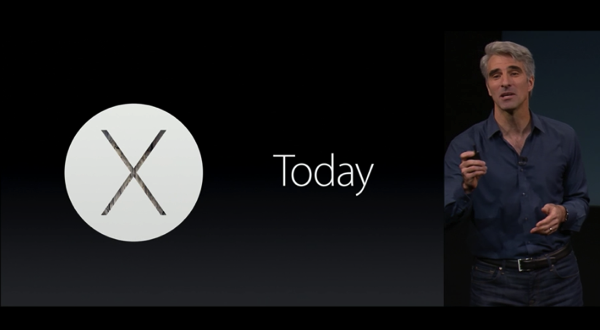 But Yosemite brings much more than a design change: Besides making it simpler and more beautiful, it packs features that make it more powerful and easier to use. The change affects the controls, which have been changed and updated: Close, Minimize, and Maximize are now Close, Minimize, and Full Screen, eliminating the extra full-screen control and consolidating the window controls in one place.

Yosemite also brings a richer Notification Center: it gives users access to important information and widgets with one swipe. Spotlight has been “relocated”; it now appears front and centre, and the redesigned app now searches multiple sources such as Wikipedia, Bing, News, Maps, App Store, iTunes Store, and more.

With Yosemite, you can make and receive a call, or send an SMS or MMS text message right from your Mac, and start an email on your iPhone and pick it up on the desktop computer, and vice versa, thanks to Handoff. Oh, and you can finally upgrade to iCloud Drive.

“OS X Yosemite is the most advanced version of OS X we’ve ever built, with a brand new design, amazing Continuity features and powerful versions of the apps you use every day,” said Craig Federighi, Apple’s senior vice president of Software Engineering. “OS X Yosemite ushers in the future of computing, where your Apple devices all work together seamlessly and magically. It’s something only Apple can do, and it’s available today.”

Apple says you can download Yosemite today from the Mac App Store. Yosemite supports all Macs introduced in 2009 or later, and some models introduced in 2007 and 2008. You can find a complete list of system requirements and compatible systems, at apple.ca/osx/howtoupgrade. Continuity features require iOS 8.1, which will be available on October 20.