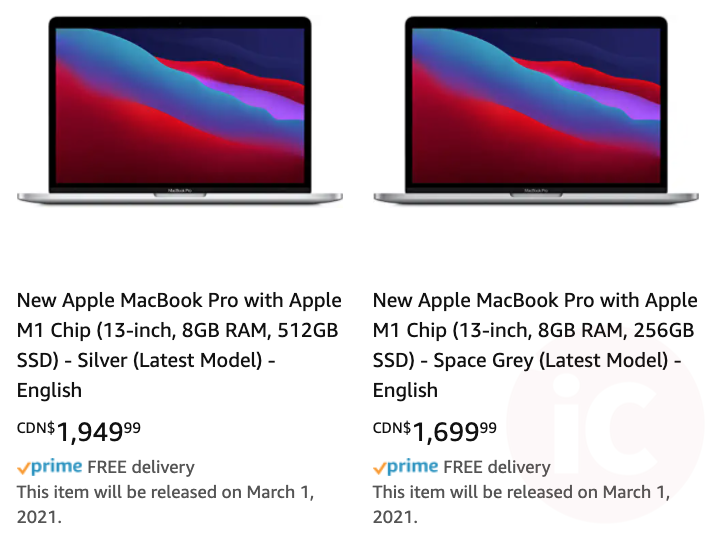 After reporting Apple accessories were now officially being sold on Amazon.ca, it’s also worth pointing out the company’s latest Apple Silicon-powered MacBook Air and MacBook Pro are also available on Amazon Canada. 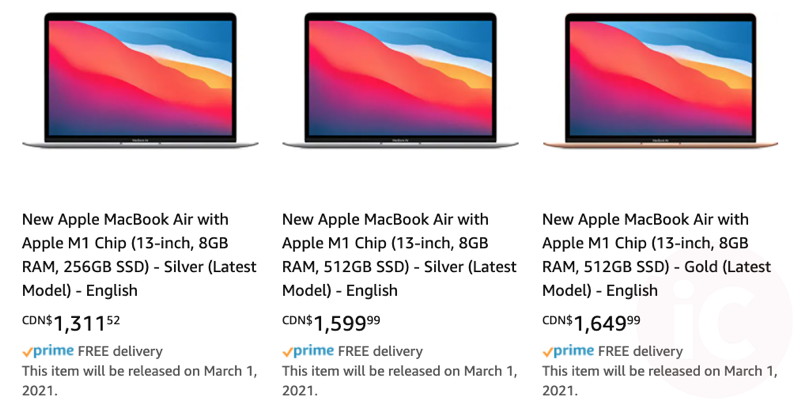 As for the new 13-inch M1 MacBook Air, it also has a release date of March 1, 2021. There are only three listings available:

The nearly four-month gap from pre-order to delivery is pretty weird, but not unexpected. Apple most likely wants to have customers order directly from Apple.ca first, to avoid paying fees to sell on Amazon.ca, for its latest Macs.

Those with Amazon gift cards may be happy to hear about the addition of Apple products on the site. Sometimes, RBC Rewards offers sales on Amazon gift cards, now offering a way to save on your Apple purchases. Also, you get Prime shipping speeds as well and easy returns.

The addition of Macs on Amazon.ca may signal official sales of other Apple products might also be coming soon, such as iPad or even maybe iPhones.

Click here to check out the latest M1-powered MacBooks on Amazon.ca. No sign of the M1 Mac mini yet, however.