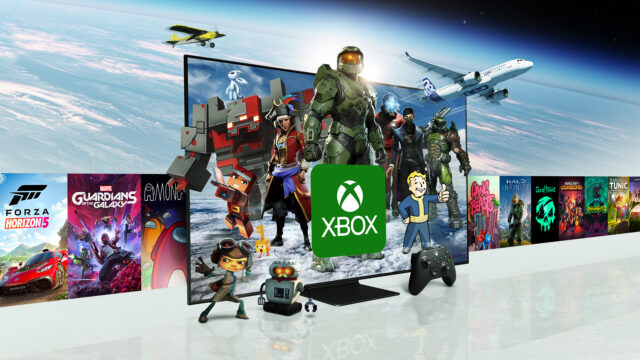 Today, Microsoft shares its plan to finally launch its dedicated Xbox app on 2022 Samsung TVs on June 30th. Later this month, the Xbox app, designed for cloud gaming, will be available in Canada, the U.S. and other core markets.

Microsoft is expanding its vision of enabling players to jump into the Xbox ecosystem no matter the device in front of them. So far, this initiative has seen Xbox Cloud Gaming reach mobile devices, PC, consoles, and now Samsung TVs. This means users will not be required to have an Xbox Series X/S or Xbox One to jump in and play eligible cloud gaming titles.

Microsoft and Samsung have had a deeply rooted partnership, dating back to the early days of Xbox Cloud Gaming. While in beta, Xbox Cloud Gaming was first tested on Android devices under the codename Project xCloud. Now, the partnership continues with Microsoft’s Xbox app.

The company announces that the use will be similar to other streaming services on Samsung. Xbox Game Pass Ultimate subscribers can launch the app from Samsung’s new Gaming Hub, connect a supported controller, and log into their account.

The UI appears to be very much in line with what’s currently offered on Xbox Series X/S and other Xbox platforms. Unifying the Xbox ecosystem, players jump into any title available through cloud streaming on Xbox Game Pass Ultimate including Halo Infinite, Forza Horizon 5, Among Us, and Fortnite. The latter made a big splash as the first free-to-play game of Xbox Cloud Gaming. In Canada, Xbox Game Pass Ultimate is available for $16.99/month.

At launch, Bluetooth-enabled controllers like the Xbox Wireless Controller can be paired to be used with the Xbox app. Additionally, the PlayStation DualSense, DualShock 4, Amazon Luna, and other controllers are available to use.

In related news, over 10 million players have played a game on Xbox Cloud Gaming. The company is also adding thousands of new custom Xbox Series X server racks around the world to continue supporting the initiative. This increases the capacity by 125 percent to meet global demands. On June 9th, Xbox Cloud Gaming (Beta) is launching in Argentina and New Zealand on all available platforms.

On June 12th, Microsoft is hosting its Xbox and Bethesda Games Showcase where it plans to reveal new footage of upcoming titles and debut announcements of games for 2022.