Apple announced today the full line-up of the 10th anniversary Apple Music Festival, which will take place in London. The announcement was made by Julie Adenuga, the London voice of Beats 1, and was also shared on Apple’s website. 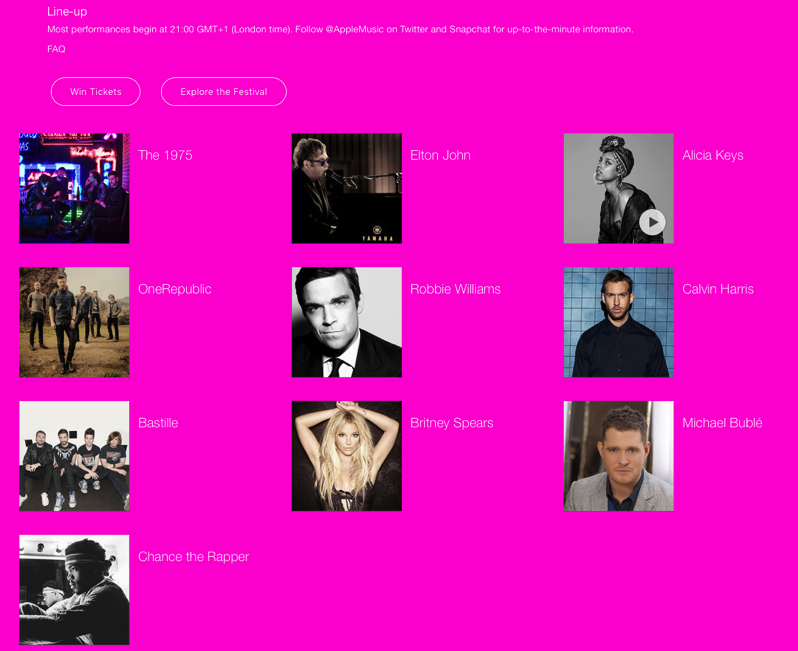 Apple Music Festival will run from September 18 to September 30 and during the 10 nights of live performances music lovers across the globe will be able to see Alicia Keys, Bastille, Britney Spears, Calvin Harris, Chance the Rapper, Elton John, Michael Bublé, OneRepublic, Robbie Williams and The 1975 performing live on stage.

“Over the past decade, the Festival has brought the biggest and best artists from all over the world to London and into the homes of millions of music fans,” said Oliver Schusser, Apple’s vice president of International Content. “This year’s Apple Music Festival builds on that incredible legacy and we couldn’t be more excited to have another amazing lineup to celebrate our 10th birthday.”

The performances will be made available live and on-demand to Apple Music members who will be able to stream the concerts on their iDevices, Mac, Apple TV or Android smartphone. Fans based in the UK can apply to win tickets by entering prize draws on Apple Music, or select media partners.