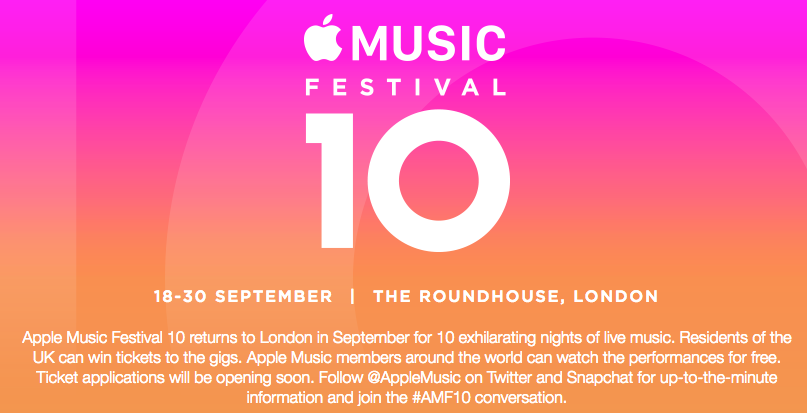 Apple Music Festival 10 returns to London in September for 10 exhilarating nights of live music. Residents of the UK can win tickets to the gigs. Apple Music members around the world can watch the performances for free. Ticket applications will be opening soon. Follow @AppleMusic on Twitter and Snapchat for up-to-the-minute information and join the #AMF10 conversation.

This year marks the tenth anniversary of the annual London Music Festival, which was rebranded last year, formerly known as the iTunes Music Festival since 2007. Last year also saw the concerts trimmed down to 10 nights, instead of a span of 30 nights years prior.

There should be an Apple Music Festival app ready to stream live performances again this year, so look for that, unless the concerts get lumped into iTunes.