To celebrate the 2022 FIFA World Cup, Snapchat is transforming how football fans and Snapchatters around the world experience the mega event with immersive Augmented Reality (AR) experiences.

Kicking off this week, Snapchatters in Canada and over 30 markets around the world will be able to:

From selfie Lenses that overlay your team’s colours to new Lenses featuring virtual scores and stats that dynamically update in real-time, Snapchatters will be able to celebrate the FIFA World Cup and share with their friends like never before.

The National Team Lenses are now available on the teams’ public Snap profiles and will be promoted to Snapchatters when the first games kick off. 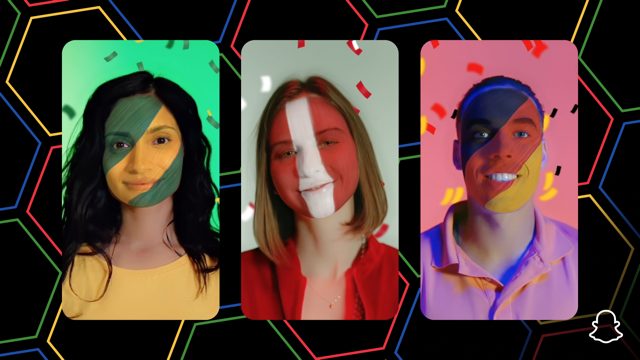 Available now, Snapchatters can virtually dress their Bitmoji in the official home football kits of their team thanks to a partnership with Adidas.

“We can’t wait to deliver Snapchatters the ultimate fan experience around the World Cup and see the creativity of our community on full display,” said Anmol Malhotra, Director of Sports Partnerships, Snap.