How Apple Created 3D Touch in the iPhone 6s: Bloomberg

The new iPhone 6s and iPhone 6s Plus comes with 3D Touch, a new haptic feedback feature that allows for innovative new ways to control your device with gestures and various pressures of touch, similar to Force Touch on Apple Watch. 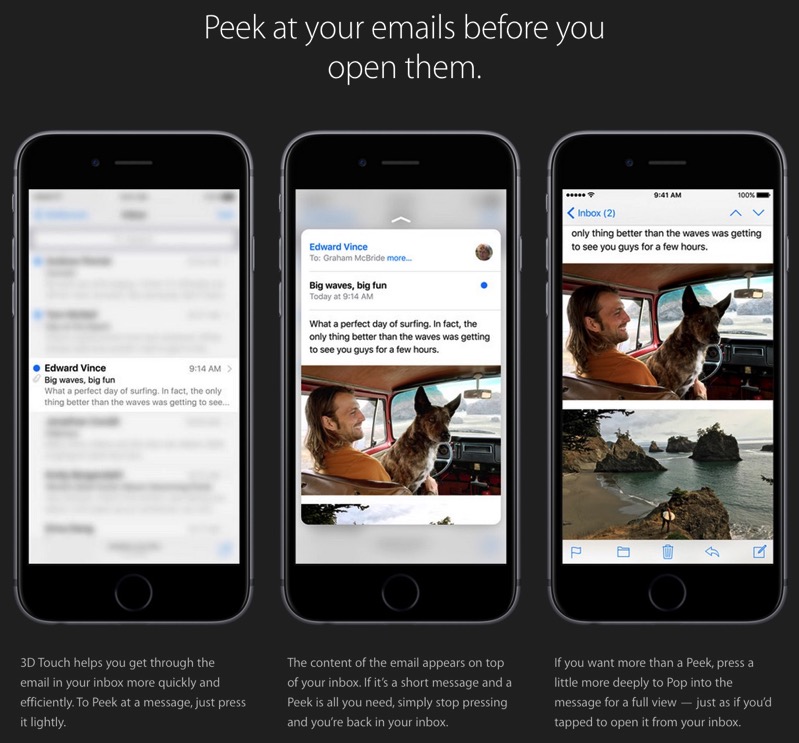 Bloomberg has the exclusive story on how Apple created 3D Touch, with the iPhone maker granting access to their executive team for the article, which is a very good read.

Some tidbits inside the article include how SVP Phil Schiller revealed 3D Touch was two years in the making (Apple’s design chief Jony Ive said it was “many years”):

“Engineering-wise, the hardware to build a display that does what [3D Touch] does is unbelievably hard,” says Schiller. “And we’re going to waste a whole year of engineering—really, two—at a tremendous amount of cost and investment in manufacturing if it doesn’t do something that [people] are going to use. If it’s just a demo feature and a month later nobody is really using it, this is a huge waste of engineering talent.”

Working with Corning, Apple created pliable iPhone cover glass. Swipe it, and the phone works the way it always has. But press it, and 96 sensors embedded in the backlight of the retina display measure microscopic changes in the distance between themselves and the glass. Those measurements then get combined with signals from the touch sensor to make the motion of your finger sync with the image on screen.

There are lots of other interesting quotes and details in the article, which you can check out here.